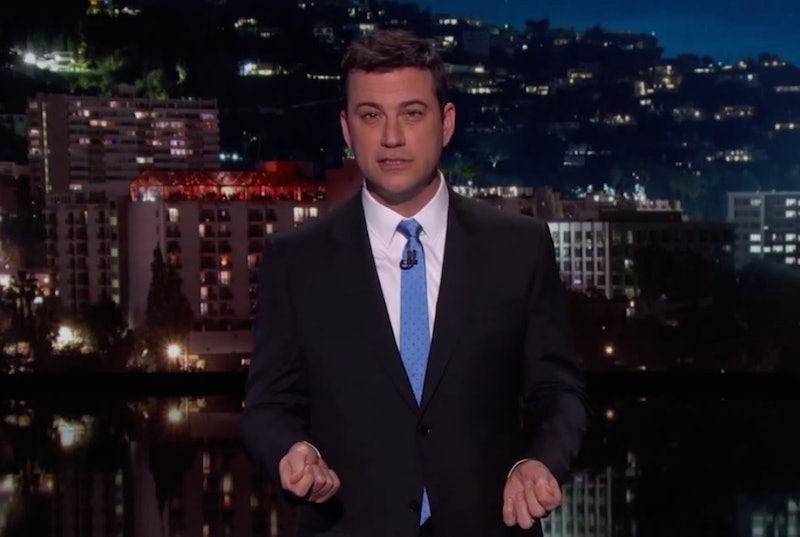 One of the interesting things about the recent, needless resurgence of measles in California is that it's one of those rare instances of the entertainment industry having its back right up against a public health issue. Los Angeles, after all, is more or less the capital of the anti-vaccination movement, with a simply staggering numbers of affluent parents failing to protect their children against easily preventable diseases. So, every now and then, you end up getting a delicious, distinctly personal seeming critique of the anti-vaccination movement: Jimmy Kimmel roasted anti-vaxxers with a team of annoyed doctors in tow, and it was pretty, pretty good.

Kimmel introduced the segment as "getting serious for a moment," and that's a worthwhile disclaimer. With measles cases sprouting through California over the last few months, and outbreak into other states, the fact that some parents are furthering the problem out of misplaced fear for their children isn't funny, so much as brutally depressing. But sometimes you just can't muster the energy to cry, so laughter is the next best thing.

First, Kimmel dished some jokes (though clearly deeply felt) about the dismal effect of the anti-vaccination movement in his home city. While an anti-vaxxer would probably refuse to take medical advice from a talk show host, he admitted, it should be a little different when you're talking about virtually every doctor in the world.

You see, the thing about doctors is they didn't learn about the human body from their friends' Facebook page, they went to medical school, where they studied all sorts of amazing things like how to magically prevent children from contracting horrible diseases by giving them a little shot. ... I feel like this is starting to snowball, so we invited some real doctors to address this.\

And address it they did. I admit to an uncertainty what the best way to engage on this issue is — the social pressures associated with holding such a widely ridiculed belief could theoretically bolster the anti-vax movement just as well as break it down. But Kimmel's medical all-star team opted for the boisterous approach, and in a sense its hard to blame them.

"There Is Basically No Reason Not To Vaccinate Your Kids..."

"...which is why I cannot f**king believe we have to make this PSA."

"Hey, Remember That Time You Had Polio?

"No, you don't, because your parents got you f**king vaccinated."

"I'm Pretty Sure I Know What I'm Talking About..."

"...now I have to use my only day off to talk to you idiots about vaccines?"

"All These People Had To Set Up Lights, Cameras, Sound Equipment..."

"...so that I could tell you to do something that we've been doing for a century. Look at all these people!"