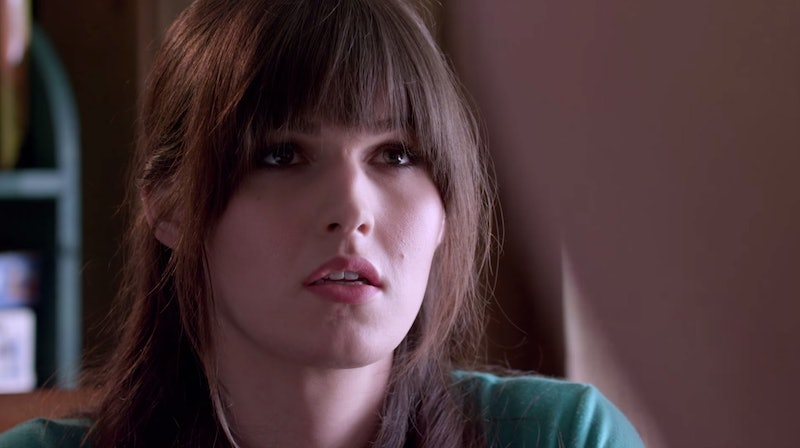 We've all seen our fair share of romantic comedies. From When Harry Met Sally to You've Got Mail to Pretty Woman to How to Lose a Guy in 10 Days, these rom-coms feature a man and a woman falling love in a comedic, yet, most of the time, unrealistic way. Well, writer, director, and producer Eric Schaeffer is redefining the stereotypical romantic comedy with his new movie Boy Meets Girl . At first glance, especially at the title, one might think this film follows in the footsteps of the clichéd love stories we're all used to seeing on the big screen. However, it definitely does not.

Boy Meets Girl follows Ricky, a transgender girl living in Kentucky. It's a coming of age story that is a "funny, tender, sex/human positive romantic comedy that explores what it means to be a man or woman in love, and how important it is to live a courageous life not letting fear stand in the way of going after your dreams."

What makes the film even more inspiring is that Ricky is played by Michelle Hendley, a transgender actress. Actually, this is her first acting gig ever. Schaeffer discovered her on YouTube, where she was talking about her journey as a transgender person. Now, she's again making a difference through the film by telling Ricky's story.

In an interview with GLAAD, Schaeffer opened up about his movie and why he wanted to tell this story. When it came to making the film, Schaeffer asked himself, "How do we sign up and have the courage to live a life that we want to live in our innermost hearts and desires and not the life that people tell us we're supposed to live?"

That's why the movie received its title. As Schaeffer said, "That's why I entitled it Boy Meets Girl, because boy meets girl is the most, sort of, generic, sort of, clichéd title, almost, that we have for the idea of a romantic comedy. This is exactly that. It's just a regular, loving romantic comedy, but its lens is a new one."

By sharing Ricky and Hendley's stories, Schaeffer is giving audiences a chance to look at Boy Meets Girl like any other type of rom-com they've been exposed to. People should also take that this film is a "regular, old romantic comedy," but this time around it stars a transgender woman.

Movies like this are redefining how we see romance and defying the odds, which is something we definitely need more of. Obviously, LGBT romances and storylines are portrayed more often now, but too many people still expect a romantic comedy to be Meg Ryan and Tom Hanks falling in love. However, that's not real-life. With this movie, it defies the odds when it comes to the type of romantic comedies that generally get made as well as romance in general.

More like this
We’ve All Had Bad Sex. Nona Willis Aronowitz Is Talking About It.
By Sophia Benoit
Jennifer Coolidge Got A Lot Of “Action” Thanks To 'American Pie'
By Catharina Cheung
Christina Aguilera Took A Powerful Stand At Brighton Pride
By Sam Ramsden
'It’s A Sin's Real-Life Jill Has An Important Message About Monkeypox
By Sam Ramsden
Get Even More From Bustle — Sign Up For The Newsletter