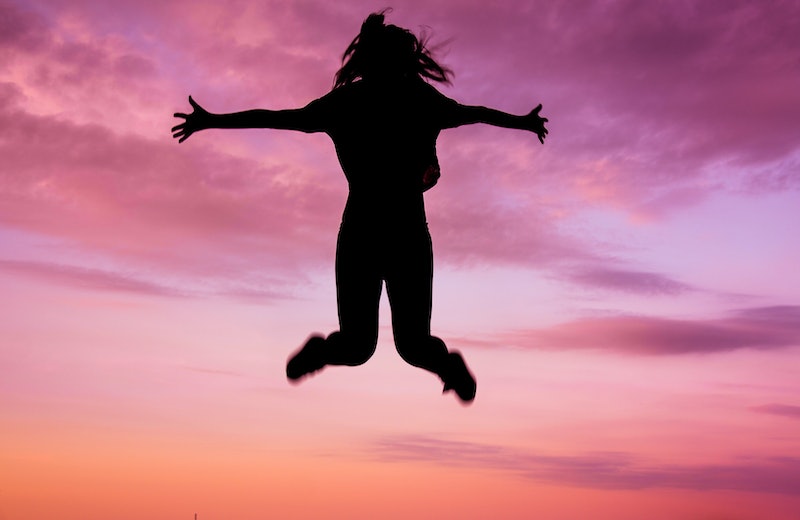 March is officially Women's History Month, but it's slightly galling that celebrations of our accomplishments (and existence) should be confined to 30-odd days a year. As Maya Angelou said, "Life's a bitch. You've got to go out and kick ass," so there's no use crying about it — you may as well take the time to revel in your female-ness, and in the accomplishments of the women before you.

As if you need a reminder, so many life-changing cultural and political movements, scientific and technological innovations, and film, music, and art works would not exist without women. You know the big names and the splashy achievements, but there are many things that we take for granted that women created, like computers, bulletproof vests, wi-fi, AIDS drugs, and coffee filters. The world we live in would not be the same without these items — particularly the coffee filter — but too many times women aren't given the credit they deserve. Women's History Month is about giving us our due, and it's a great excuse to take a moment to appreciate women's contributions (and your own), whether it's through reading up on the greats or giving yourself a little pleasure. In the wise words of Donna from Parks and Rec, treat yo self. Here are seven easy ways to do just that during Women's History Month.

In 1916, Margaret Sanger opened the first birth control clinic in the United States, which led to her arrest nine days later. Far from discouraged by the pushback, Sanger went on to spread the gospel of reproductive education for her entire life. Because of Sanger and her sisters-in-arms, we have access to a variety of birth control methods today (although we still have a ways to go in that department). As she so eloquently said, "no woman can call herself free who does not control her own body." Preach.

2. Watch a documentary about a great woman ahead of her time

There are so many documentaries about groundbreaking women it can be hard to choose just one to watch. Try the wickedly funny A Piece Of Work about Joan Rivers, or Chisholm '72: Unbought and Unbossed about the late Shirley Chisholm, the first black woman elected to Congress and the first to run for President.

Slipping into jeans, leather pants or even the dreaded jegging may be effortless today, but back when Elizabeth Smith Miller was rocking them, she was a renegade. This suffragette put herself on the line in 1851 with her scandalous bloomer outfits so we could enjoy the public, leg-spreading freedoms we have today.

5. Read the autobiography of a female rockstar

So many powerful women embody the rockstar archetype, from Stevie Nicks to Chrissie Hynde to Karen O, but not as many have revealed their tricks of the trade in an autobiography, which makes the few books out there even more special. Check out Kim Gordon's Girl In A Band , Patti Smith's Just Kids, or Tina Turner's I, Tina.

6. Do something special for another woman in your life

Patriarchy tries to teach us to be in competition with other women, so why not break the chains of that noise and do something nice for your girlfriend, your sister, your mom, or even some chick you work with. As Queen Latifah instructs, "ladies first."

7. Read up on laws that affect women in your state and, when the time comes, remember to vote

Women have had the right to vote since 1920, but that doesn't mean we should take it for granted, especially when there are so many laws that put restrictions on our bodies. Women's History Month is an excellent occasion to take a moment and read up on the laws in your state that affect your physical and mental health. Then, when voting time comes around, you will be more likely to hit the polls knowing how much of your personal freedom is at stake.