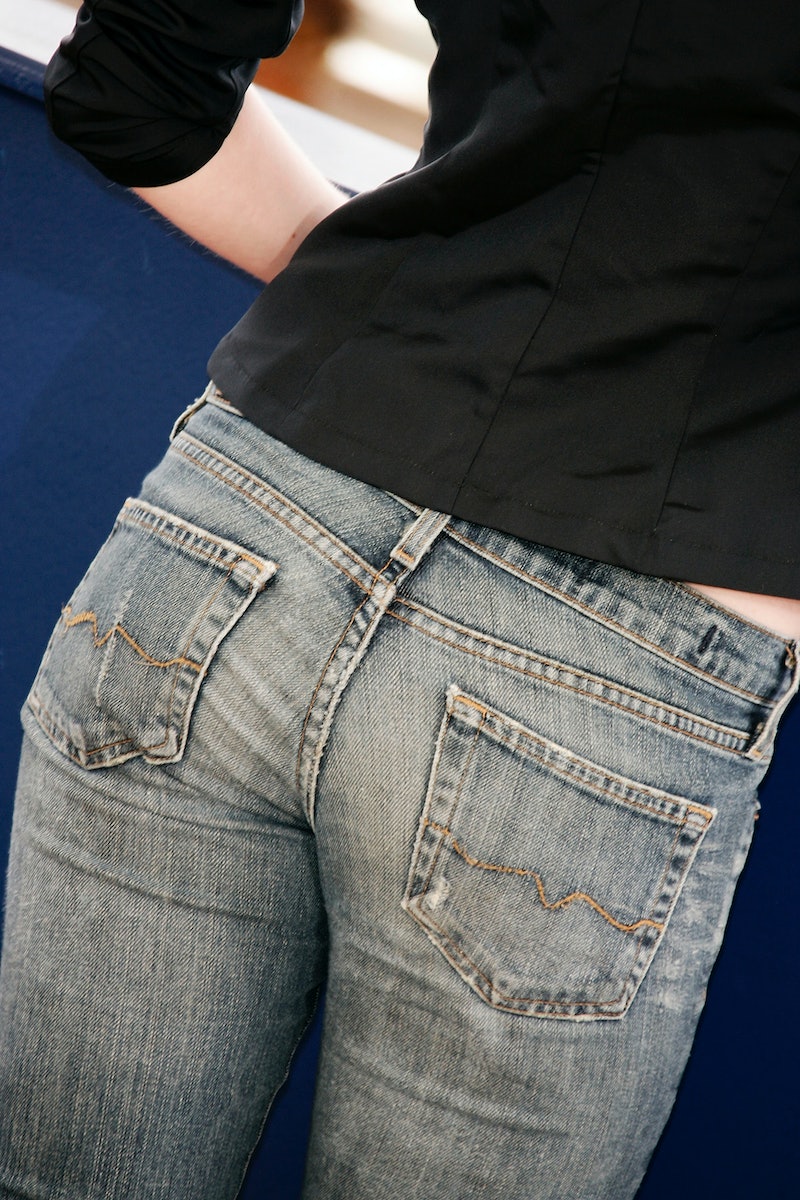 Know that feeling when you pull off your slightly-too-tight skinny jeans to find that their seams have imprinted themselves on your calves? Or when you take off your bra and the underwire has left little indentations on the sides of your breasts? One artist set out to highlight this everyday woe and made a photo series showing the impressions of too-tight clothing women's bodies. The pictures are definitely striking.

Back in 2012, San Diego-based photographer Justin Bartels debuted IMPRESSION , a photo series chronicling the imprints left by tight jeans, shoes, and corsets on womens bodies. Women You Should Know talked to Bartels about his inspiration for the project a few months ago. Noticing the super-tight and apparently uncomfortable clothing the girls he dated in college were wearing, Bartels said that he wanted to comment on how some women compromise their comfort to live up to an arbitrary cultural standard of sex appeal. "It interested me that so many women would wear binding or uncomfortable clothing to either impress or attract others," Bartles said, "or for their own self-esteem."

It's important to note that plenty of women probably choose to wear tight clothing because they like the way they look and feel in it, rather than to impress others. Also, as Liza Darwin over at Refinery29 points out, "sexy clothing doesn't always have to mean figure-hugging." But if there's any takeaway, he wants to make people think critically about their style choices. "I hope this series would reach women," Bartels said, "and inspire them to question what they wear and why they wear it."

Give 'em a peruse. I know the leg picture looks super familiar to yours truly.

This one is basically a PSA for getting yourself fitted for a good bra.

Even your shoes can turn against you!!

Bartels even incorporated some more old-school body-binding agents, like corsets, into his piece.

The whole gestalt definitely makes a strong statement about gendered cultural beauty standards. However, it would be especially poignant to see this same concept applied to a group of men. I'm sure there would be some rather interesting differences.