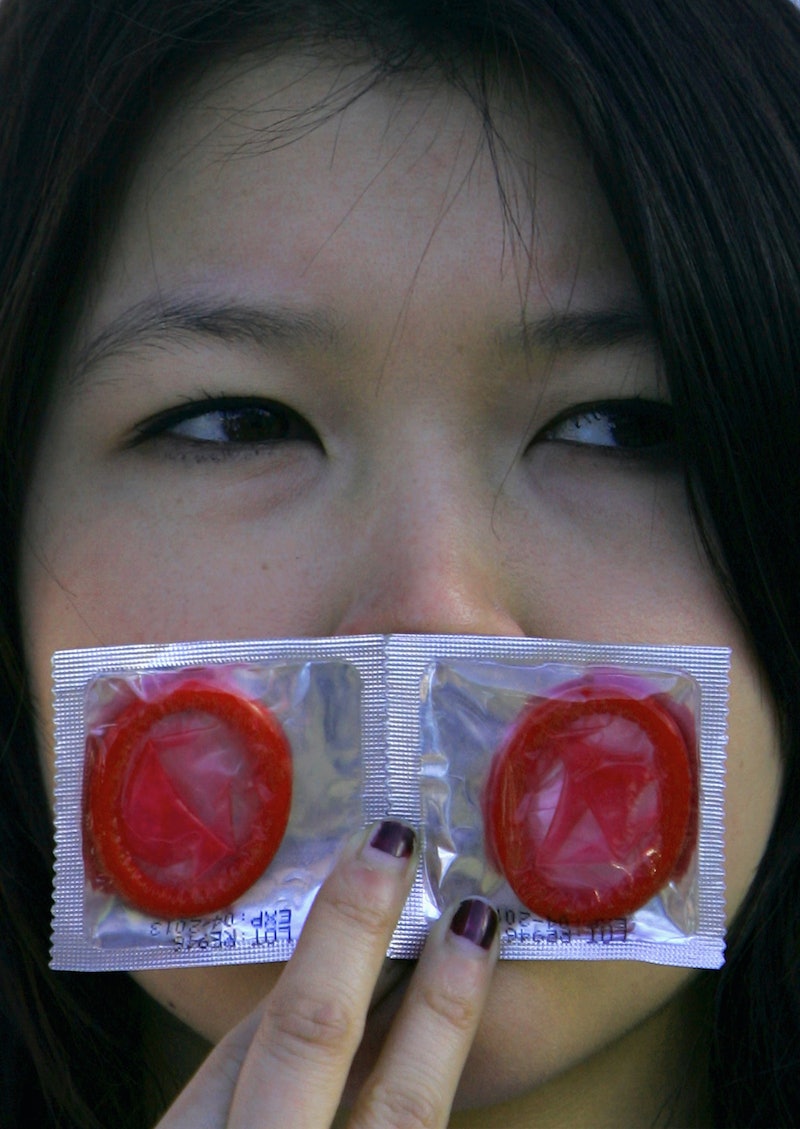 With the rise of the Internet — and with changing societal norms about things like pre-marital sex and LGBT issues — the messages that our culture sends kids about sex nowadays are vastly different than they were even a single generation ago. And as such, it's probably a good thing that places like Ontario, Canada are looking to change their sex ed curriculum in schools. Unfortunately, not everyone agrees that this is such a good thing.

And speaking as someone who learned more about sex and sexual health from the Internet than from her high school sex ed, I'd like to add that all that sounds awesome. Good job, Canada.

Unfortunately, not everyone agrees. The conservative group LifeSiteNews has launched a petition against the updated curriculum, "The program does this with no regard for the values that many parents are trying to instill in their children, and is even being foisted upon the Catholic School system."

In other words, the school system has this crazy idea that they should educate children about the world they live in and provide them with the information that they will need before they need it. Which some might argue is the purpose of education. Crazies.

The truth is that kids today can get all sorts of information about sex, but not every online source is going to care about being accurate or about providing a healthy perspective. So if we want to make sure all kids are learning constructive, accurate, healthy things about sex, the best way to do that is in schools. Which is probably why lots of people legitimately are thrilled with Ontario's new program.

Others see the backlash as homophobic, which not really that far out there given the way the LifeSiteNews petition not only specifically mentions same-sex relationships in their objections, but even puts "gender ideology" in quotes. Ontario Premiere Kathleen Wynn told Canadian press that homophobia "is part of the motivating drive behind some of the protests."

Whatever the reasons behind the objections, the truth is that kids need and deserve better education when it come to sex, not just in Ontario where they actually seem to be working hard to address this need, but here in the United States as well where only 22 states require students receive any sex education at all. Only 13 state mandate that information provided to students during sex ed be medically accurate.

Clearly it's time that we all stop failing our kids when it comes to educating them about sex. Hopefully the new program in Ontario passes, despite the nay-sayers — and with any luck, maybe some of that desire to educate young people about an unnecessarily stigmatized facet of human experience will find its way into more US schools as well.