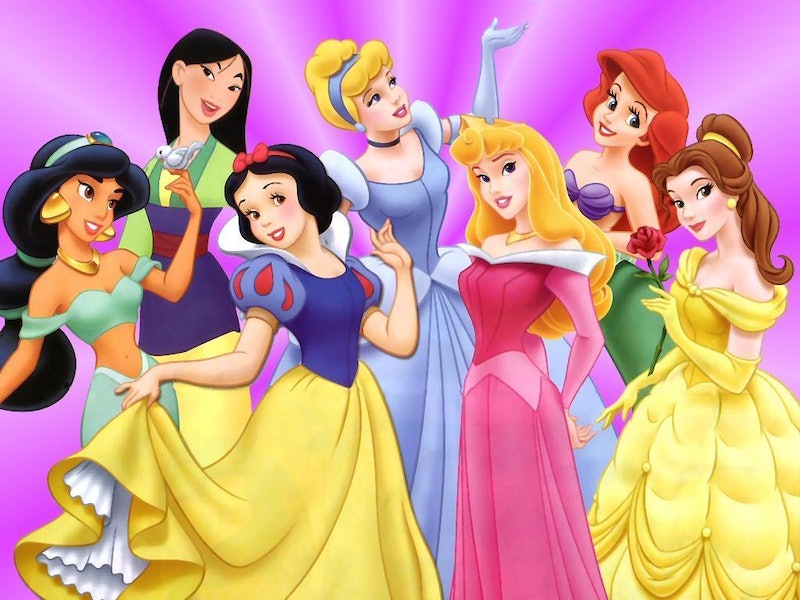 Disney's taken a lot of flak for its portrayal of women over the years: most of its troupe of princesses are rescued by men because they're just too busy being pretty. In response, the studio has loudly jumped on board the feminist train in recent years, and their brand-new animation feature, Frozen , features not one, but two lead princesses. One, voiced by Kristin Bell, is doing some serious world-saving. (The other, her sister Elsa, spends most of the movie in need of rescue.) A recent interview with blogger Jenna Busch and the film's head of animation sheds some light on why animating women tends to be viewed by Disney as more difficult:

Historically speaking, animating female characters are really, really difficult, ’cause they have to go through these range of emotions, but they’re very, very — you have to keep them pretty and they’re very sensitive to — you can get them off a model very quickly. So, having a film with two hero female characters was really tough, and having them both in the scene and look very different if they’re echoing the same expression; that Elsa looking angry looks different from Anna [Kristen Bell] being angry.

This might go some way towards explaining why Snow White and Sleeping Beauty were consigned to comas and Ariel was mute for the majority of their 'adventures.'

It's a stereotype that women have all the feelings (whilst men look neutral as Switzerland as they face dragons) but it's not psychologically disputed that women tend to be more facially expressive than men. Let's be clear: it's not that women have more emotions, or are more expressive in general, but women do tend to have a wider range of emotional expressions, use them more often, and don't try as hard to conceal their emotions. This is probably a conditioned difference, but we could debate that one all day: the point here isn't that Disney has a hard time animating the typical range of female emotions, but that it chooses not to portray them. Why? Because comes to princesses, "you have to keep them pretty."

Disney's tried hard to break from its anti-Semitic, racist, and sexist past, and that's, um, good. Having its female leads express a wide range of emotions, as humans are keen to do, is also good. But Disney princesses are role models for generation after generation of young girls, and it's not a good idea to drive home the point that looking pretty 100 percent of the time is more important than anything else. Let's face it: pretty much no one looks good when they cry.

Why do only the llamas get to show their feelings?

Even if Frozen lives up to its premise, all of that monster-battling, iceberg-dodging, day-saving work by Bell's character Anna won't count for much, if Disney is implicitly signaling to little girls that a) Anna is more beautiful than everyone else, and apparently more capable for it and b) should experience a spectrum of emotions and events without looking anything other than pretty at every moment.

Disney responded to the criticism via spokesperson:

Animation is an intricate and complex art form. These comments were recklessly taken out of context. As part of a roundtable discussion the binaries was describing some technical aspects of CG animation and not making a general comment on animations females versus males or other characters.