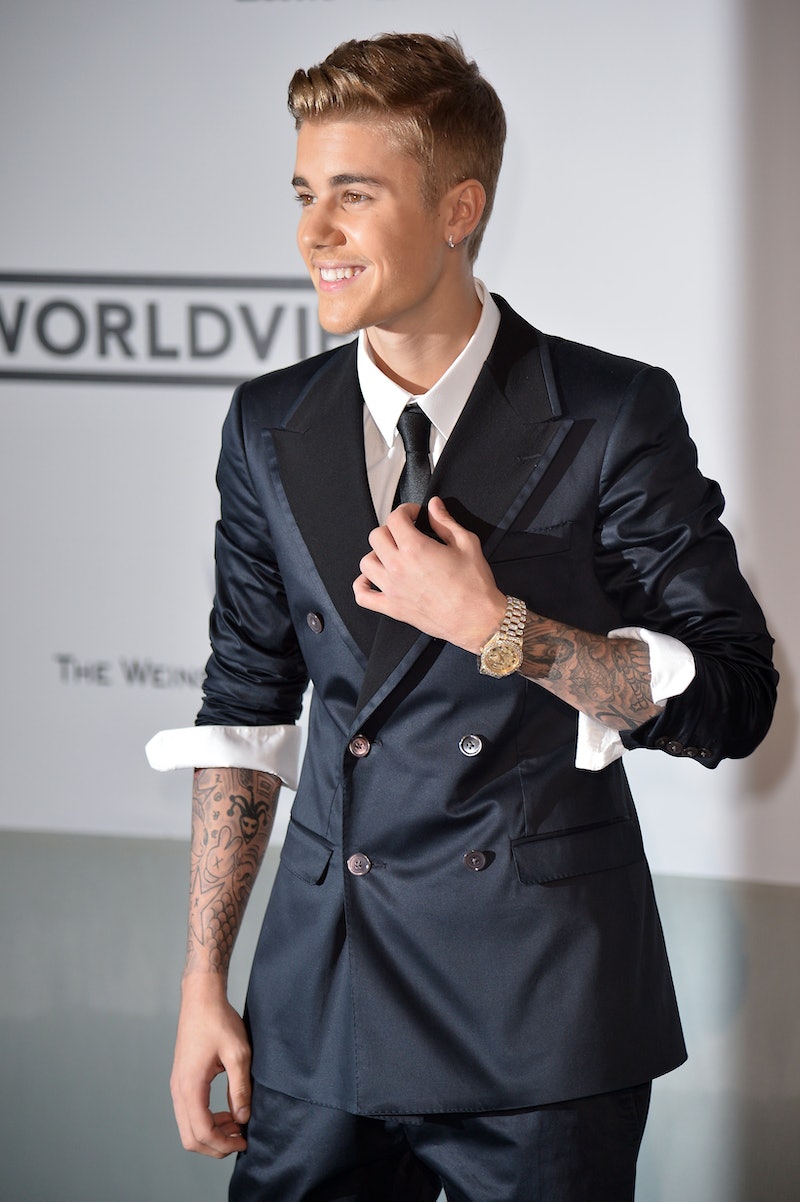 Are you ready for this? Justin Bieber is featured on Jack Ü's new song "Where Are Ü Now," and it's actually really good. Like, really good. I know it's trendy to hate on Bieber at the moment (and there are definitely legitimate reasons to criticize the dude), but tracks like this make it hard to find fault with his music game. Produced by DJs Diplo and Skrillex, "Where Are Ü Now" is an emotional mid-tempo jam (with a unique bass-heavy drop) that allows the now 21-year-old singer to show off his vocal skills — and he sounds fantastic. It reminds me quite a bit of Usher's 2011 collaboration with David Guetta, "Without You." (That's a major compliment, by the way.)

On "Where Are Ü Now's" first verse and chorus, Bieber sings:

I gave you the key when the door wasn't open

See, I gave you faith

Turned your doubt into hoping

Now I'm all alone and my joy's turned to moping

Where are you now?

When you broke down, I didn't leave you

I was by your side

So, where are you now that I need you?

Hardcore Beliebers especially need to cherish "Where Are Ü Now," because it could be the last taste of new music from their idol until 2016. Wait, seriously!? Seriously. According to Digital Spy, Bieber's manager, Scooter Braun, told Complex during an interview published in February that the "Beauty and a Beat" hit-maker is in "an incredible place" and is "excited to share where he is with the world next year."

Err, really? Next year? He hasn't put out a proper studio album since 2012 and fans still have to wait another 12 months before they get to hear something new? That's what it sounds like. Although, I suppose it's possible that the interview was conducted in 2014 or Braun misspoke. I guess we'll just have to wait and see what happens!

"Where Are Ü Now" appears on Jack Ü's debut album, which is available on iTunes now.

More like this
Justin & Hailey Bieber's Bond Is "Unbreakable" Amid His Ramsay Hunt Diagnosis
By Bustle Editors
Selena Gomez Is Fine Being Single, But She Still Manifested Romance On 'SNL'
By Martha Sorren, Jake Viswanath and Jack Irvin
You Might Want To Rewatch 'Elvis' For This Britney Spears Easter Egg
By Grace Wehniainen
Sadie Sink Would Escape Vecna From 'Stranger Things' With This Taylor Swift Song
By Grace Wehniainen
Get Even More From Bustle — Sign Up For The Newsletter