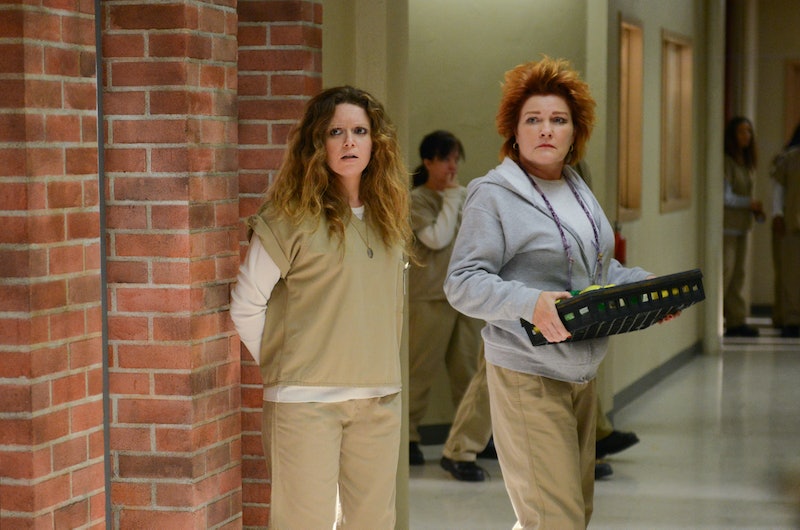 There was of course no doubt that Netflix's series about life at a woman's prison would be coming back into our lives, but this sure is a sweet relief: Orange Is the New Black has a premiere date. Finally. Now we can mark our calendars and make our pining for this show much more organized.

The premiere date was announced Monday afternoon, alongside Netflix's premiere dates for its others shows — Wet Hot American Summer makes its Netflix debut July 17, and Sense 8 (by the Wachowski siblings) will make its debut June 5. Orange Is the New Black, for its part, will fall in between the two, with Season 3 being released on the site on June 12.

That gives us a little over three months to prepare for another run at Litchfield. Last season saw mountains of political shake-ups both among the prisoners and among the staff of the prison, capping off with multiple escapes and one hit-and-run murder putting a stop to Vee's villainous antics. In the interim between seasons we've also witnessed members of the cast — namely, Suzanne "Crazy Eyes" Warren's portrayer, Uzo Aduba — taking home some impressive, well-earned awards for her mantle. I know I'm not the only one looking forward to seeing what Season 3 of Netflix's sauciest hit brings our way.