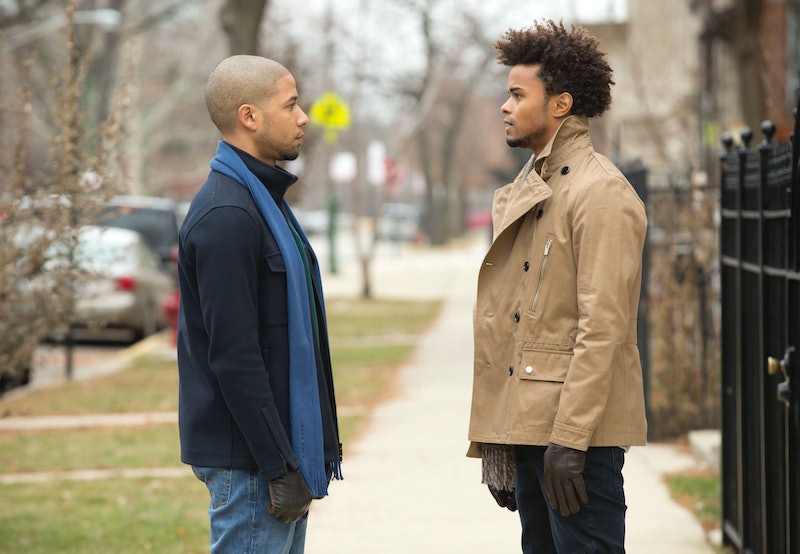 Whoa, whoa, whoa. Is it just me, or does Empire have the craziest lineup of guest stars ever? (No wonder the show is killing it in the ratings.) In the episode airing on March 4, there are appearances by The Breakfast Club's Judd Nelson, Precious star Gabourey Sidibe, and "American Boy" singer Estelle; the one after that has guest spots from Naomi Campbell, Jennifer Hudson, and Mary J. Blige. (Mary J. Blige!) With all of this star power, it's possible that one of the show's recurring guest stars slipped under your radar. So, just who plays Ryan Morgan on Empire ?

The actor's name is Eka Darville and, like basically every actor in Hollywood, he's about to be snapped up into the Marvel Universe. It's been announce that he's been cast in AKA Jessica Jones, the Netflix series starring Krysten Ritter as the title character. (She plays a private detective who investigates cases that involve super powers.) According to Deadline, "Darville plays Malcolm, a neighbor of Jessica’s whose own journey will intertwine with her quest in a surprising way." Sounds intriguing. Jessica Jones doesn't get started until later this year. Until then, here's everything you need to know about Darville.

You Probably Know Him From The Originals

He played Diego, one of Marcel's groupies — and not a fan of the Original vampires. I think you can guess how well that turned out for him.

But He Was Also A Power Ranger

He Bared His Bod For Spartacus: Blood and Sand

Yowza. Let's just say this was one of the tamer GIFs for his role as Pietros on Spartacus: Blood and Sand.

But He Came To New York At The Exact Wrong Time

This winter is not the winter to up and move to New York City from someplace warm. NYC certainly welcomed the Darville family with cold, snow, slush, and freezing puddles on every curb. It's not exactly the warmest welcome mat. But did you notice how cute that little munchkin is in that photo? He definitely steals Darville's Instagram feed. Let's have another look.

More like this
Sara Zwangobani Is A Self-Proclaimed 'LOTR' Super Fan
By Frances Stewart
'Rings Of Power' Actor Tyroe Muhafidin Is Also A Budding Musician & Style Icon
By Frances Stewart
'The Lord of the Rings: The Rings of Power' Revisits Iconic Spots From 'The Hobbit'
By Darshita Goyal
Everything You Need To Know About 'Rings Of Power' Actor Charlie Vickers
By Darshita Goyal
Get Even More From Bustle — Sign Up For The Newsletter