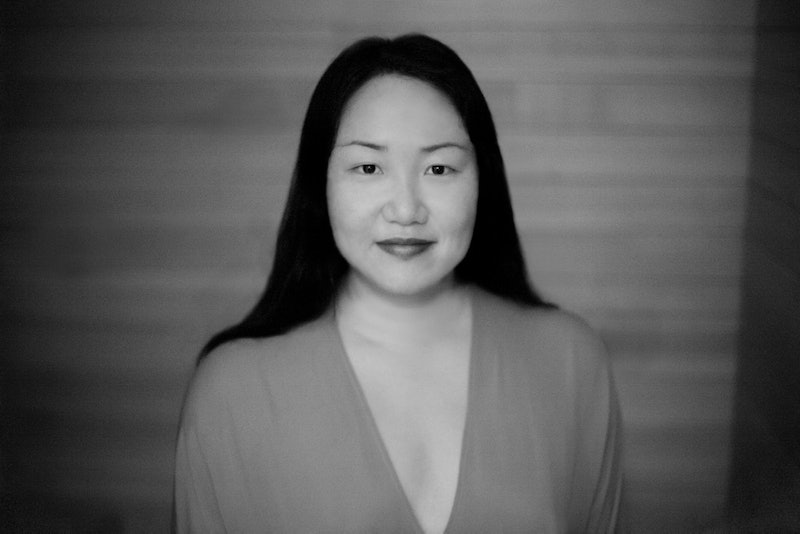 I received the second novel from Hanya Yanagihara, A Little Life (Doubleday), with one caveat: "It is heavy." I understood immediately that the implication was physical — the tome is 720 pages — but had a feeling, too, that the warning extended beyond the literal. I was right. Yanagihara's sophomore effort — which I'll tell you right up front does not suffer from the famed second-novel slump — takes us through emotionally fraught territory that's charged and nuanced at once. But once you're in the author's hands, you'll love every page of the world she builds.

A Little Life centers on four young men living in New York City. The topic seems pass-worthy — until you start reading. Yanagihara builds her characters into individuals so real you become are certain you know them. We don’t see these men gallivanting about town trying to get laid, or getting drunk and watching football games. We don’t see them fulfilling the stereotypes of college dude culture.

Instead, A Little Life explores just what the title implies — the little bits of the little lives, so big when looked at close up, of four characters who live together in college and keep alive their friendship for decades after.

There's Willem, who is born to Swedish immigrants who worked as farmhands. His brother was so severely disabled that he was never able to talk or communicate with Willem, and soon after this brother dies, his parents do as well. Willem’s emotional intelligence is startling and beautiful to behold.

We see Malcolm, who is an only child and privileged, with rich and successful parents but a constant identity crisis. Malcolm is never black enough for his black friends (his mother is white) but is still a token black guy in other, whiter, circles.

JB is an artist with all the conviction of our special-snowflake generation, certain that he’s going to do well and impatient and angry when he doesn’t. Black and gay, JB spends years trying to make a statement with his art, though even he isn’t sure what the statement is.

And then there is Jude St. Francis around whom the novel really revolves. Jude has a murky past, which is revealed slowly, in disjointed bits, throughout the novel. Severely, repeatedly, and terribly abused as a child and teenager, Jude is the most remarkably complex character I have encountered in literature in a long time. His constant awe at being lucky enough to go to college, to make friends, and to become successful is humbling — it will be painfully familiar to many readers. His body is ravaged by scars, old and new, both physical and emotional, and he believes himself to be grotesque, even though everyone he loves sees him as the most beautiful person they've ever met.

What A Little Life explores is just what the title implies — the little bits of the little lives, so big when looked at close up, of four characters.

We follow these men through their 20s, 30s, 40s, and early 50s. They grow up and figure out things; they fall into and out of relationships, jobs, successes and failures. Because they are so alive on the page, it is a joy to live alongside them. But because they are also so self-aware, so often confused and self-loathing and anxious, it can also be a torment. Our own experiences cause us to recognize ourselves in them constantly, connecting us to the text. For instance, with regards to a terrible relationship that continues though it shouldn't:

And yet improbably, they had continued after all... It was like something out of a fairy tale: a woman living on the edge of a dark forest hears a knock and opens the door of her cottage. And although it is just for a moment, and although she sees no one, in those seconds, dozens of demons and wraiths have slipped past her and into her house, and she will never be able to rid herself of them, ever. Sometimes this was how it felt. Was this the way it was for other people? He didn't know; he is too afraid to ask.

In an author-editor conversation in Slate, Yanagihara said:

Everything in this book is a little exaggerated: the horror, of course, but also the love. I wanted it to reach a level of truth by playing with the conventions of a fairy tale, and then veering those conventions off path. I wanted the experience of reading it to feel immersive by being slightly otherworldly, to not give the reader many contextual tethers to steady them.

She’s right. The level of abuse Jude has undergone and the amount of success his friends attain over the course of the novel's three decades is almost too amazing to be entirely believable, but it doesn’t matter. By the time these characters each get their lucky breaks and begin to succeed, you've watched them slog through so much hardship that you're viscerally thrilled alongside them.

We recognize ourselves in them over and over again.

Yanagihara's novel is a remarkable feat. It’s been a long time since I held a book and cried as I fell asleep. A Little Life is that kind of book.