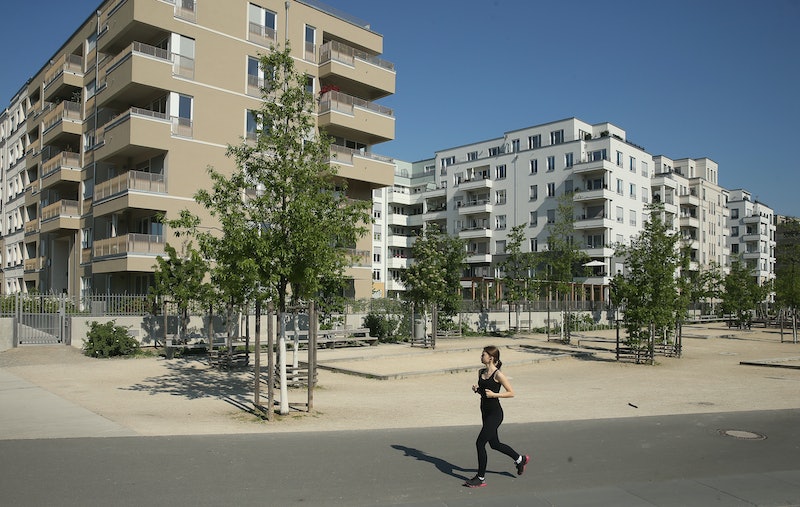 It looks as though most of us have been approaching our fitness routines all wrong for much too long: A new survey published in Women’s Health found that having sex before running will improve your workout. We knew our exercise routines were missing something — we just had no idea it was that fun!

The survey, which was conducted by Brooks Running, asked 1,000 male and female runners what effect sex had on their performance in a race. 48 percent of participants under age 40 responded that pre-competition nookie “fueled their performance.” So, why exactly does sex boost your performance? Apparently it’s a great warm-up — sex heats up your muscles and joints, which increases your flexibility; it also raises your heart rate and gets your blood pumping. Furthermore, the release of endorphins during sex can lift your mood, making you feel more confident and capable during your run — something which could also help improve your workout.

Even though the Brooks Running survey wasn’t a full-blown scientific study, there are many other testaments to the benefits of having sex before an athletic performance. Dr. Pamela Peeke of the American College of Sports Medicine agreed, saying, “There’s no question that research shows that having sex before a race actually increases the probability that you’re going to perform well.” She also added that sex releases tension, and could help an athlete relax before a competition. Worried that sex will tire you out before your run? Don’t be — the physical exertion of short and sweet lovemaking is equivalent to walking up two flights of stairs, while more vigorous activities burn only around 200 calories. In other words, it won’t wear you out enough to excuse you from your run.

We see no reason not to give this theory a shot. Who knows — you might even have a good time trying it out! And as a bonus, here are a few other unexpected benefits of sex that will come with your pre-workout romp:

1. Sex Will Cure Your Headaches

The endorphins that are released during sex act as natural painkillers and can abate the pain of a headache or migraine. Basically, sex is your new Advil.

Having sex regularly is linked to higher levels of immunoglobulin, an antibody that fights diseases like the flu.

3. Sex Will Make You More Confident

Studies have shown that having sex regularly can increase your self-esteem and foster a positive self-image.

4. Sex Will Improve Your Skin

It helps prevent dryness, fights breakouts, and can make your skin glowy… trust us.

Sex can lower levels of the stress hormone cortisol and release feel-good hormones, leaving you relaxed and stress-free.