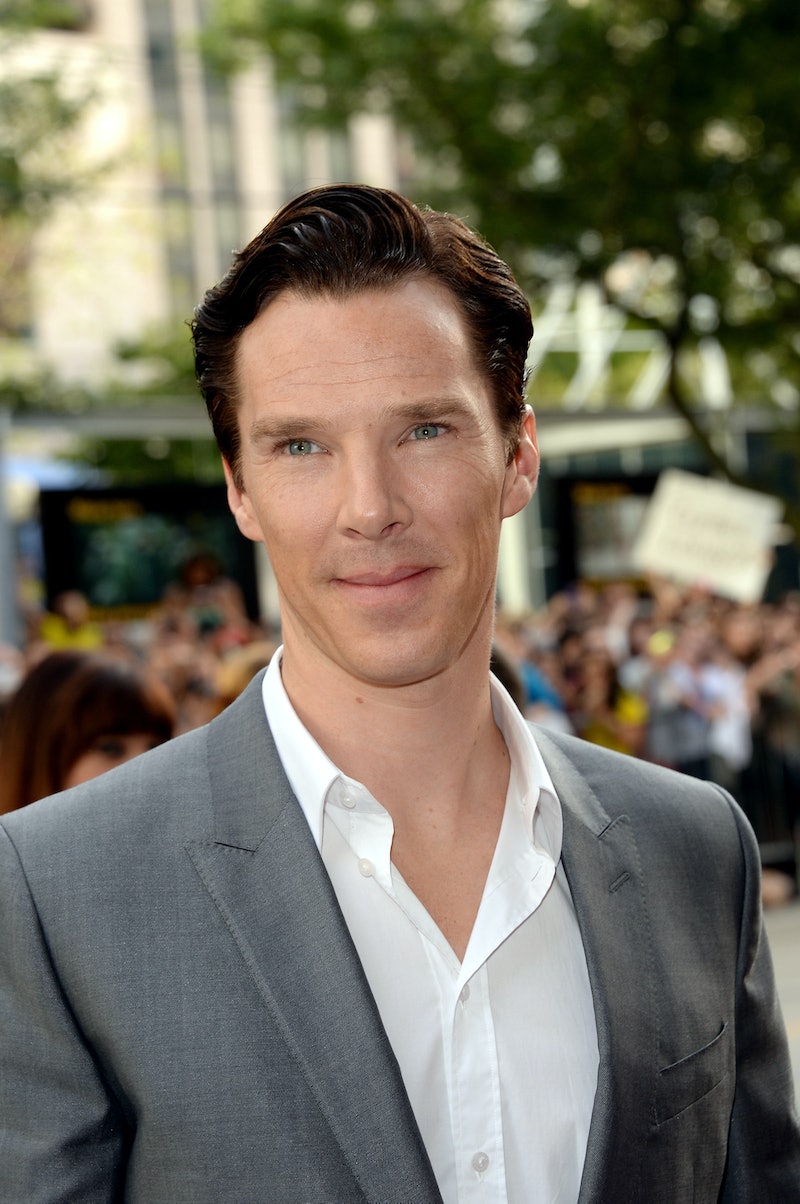 The Fifth Estate, a thriller about Julian Assange and the Wikileaks controversy, opens Oct. 18. The film stars Benedict Cumberbatch, whose blockbuster status continues to rise astronomically, and on Friday, Cumberbatch participated in an AMA on Reddit. Sherlock and Star Trek fans flooded the site with their questions for one of the least typecast actors on screen today, and Cumberbatch answered just the way you would have expected — with thoughtful, intelligent responses oozing with charm and just enough cheekiness. Benedict, THIS is information the world NEEDS TO KNOW.

It started out with the actor having a bit of introspection on “high class problems” and discussed how he likes interviews to go:

I often feel in interviews people should ask about the culture and people that I engage with as an audience rather than the same bio or personal life details. Rough with the very, very smooth, these are high class problems.

And when it came to his most recent starring role as Julian Assange in The Fifth Estate, Cumberbatch provided insight on how he approached such a zeitgeisty film. He also responded to how Assange recently attacked Cumberbatch and the film:

This project was important to me because of the integrity I wanted to bring to provocative difficult but ultimately timely and a truly important figure of our modern times. The idea of making a movie about someone who so far removed from my likeness or situation who brought about an ideal through personal sacrifice that has changed the way we view both social media, the power of the individual to have a voice in that space, and be able to question both the hypocrisies and wrongdoings of organizations and bodies of powerful people that rule our lives... This resonated deeply with my beliefs in civil liberty, a healthy democracy, and the human rights of both communities and individuals to question those in authority.

Naturally, it didn’t take long for the AMA to spiral into the world of Benedict Cumberbatch sexual fantasies. This time, he provided the fan fiction. A user asked, "Do you, Matt smith, and Tom Hiddleton have cheek bone polishing parties?" To which Cumberbatch responded, spawning thousands of-soon-to-be-memes:

Oh don’t worry Benedict, the Internet is on it.

Moving, on Reddit users were delighted to find that Cumberbatch also has nerdy taste when it comes to his favorite films:

Users also found that Cumberbatch is quite the comedian. He gave us zingers, ever so many ZINGERS to these burning questions:

How Are you typing?

With my left foot.

If I make a brand of pants called “CumberBritches” will you endorse them:

Only if you get me a billboard slot in Times Square

Has your sass increased since working with Martin Freeman, or were you always this sassy?

Well of course Martin will be furious unless I say I owe it all to him. And believe me, his wrath is more fearsome than any dragons.

Is it hard to keep the secret of how Sherlock survived? Do you ever have the urge to tell someone? If so, how do you cope?

I cry myself to sleep at night. And then wake up laughing.

It seems as though Mr. Cumberbatch always gets the last laugh. Especially when he pulls on our heart strings. When asked what he'd like to be for Halloween this year, he replied:

The invisible man. Oh, how I love to disappear.

It's not a surprise, considering how quickly his star has risen in recent years. When asked to reflect upon his more sudden fame, Cumberbatch responded:

You can't imagine fame. You can only ever see it from an outsider and comment on it with the rueful wisdom of a non participant. When it happens to you, it doesn't matter what age or how, it is a very steep learning curve. The [important] thing to realize in all of it is that life is short, to protect the ones you love, and not expose yourself to too much abuse or narcissistic reflection gazing and move on. If fame affords me the type of ability to do the kind of work I'm being offered, who am I to complain about the downsides. It's all relative. And [these] are obviously very high class problems.

And just to make sure there was plenty of swoon-worthy material out there (as if there wasn't enough already), when asked what his favorite childhood memory was, he simply responded:

...the blue sky above my parents flat.