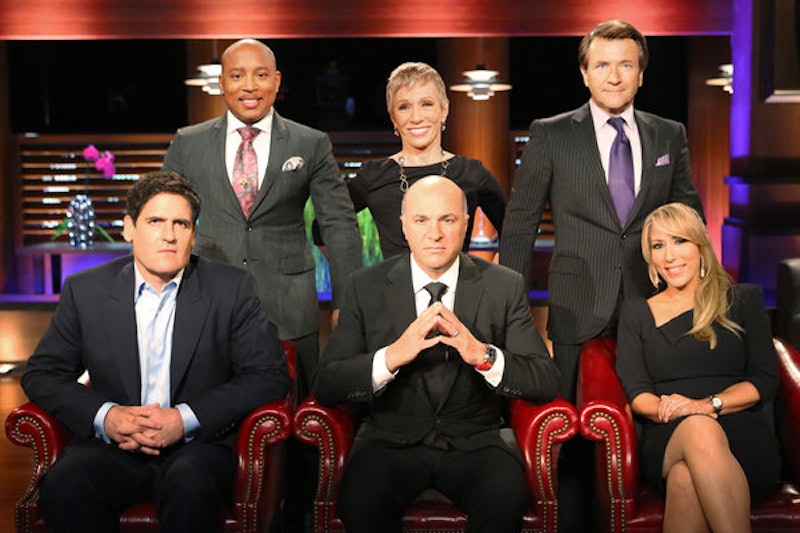 Shark Tank has largely flown under the radar as far as the reality television game goes. The hour-long competition show modeled after real-life pitch situations airs on Friday nights, also known as the primetime dead zone, and in comparison to its reality counterparts, rarely appears in the press. Still, the show is practically legendary among budding entrepreneurs and startup enthusiasts, which probably accounts for Shark Tank's six million viewers each week. So why are tech geeks and suits alike obsessed with Shark Tank? The answer is simple – underneath all of the snarky quips and staged drama are really useful tips and tricks for entrepreneurs. Sure, Mark Cuban might look like the human equivalent of an elongated basketball and oversell his experience in beauty products, but he has also made himself a billionaire with several hugely successful ventures like Broadcast.com in the late '90s. When Cuban gives a 17-year-old girl advice on how to improve her margins, you better believe she has good reason to listen. And so do you.

Mark Cuban isn't the only shark with valuable wisdom to impart. Barbara Corcoran, Kevin O'Leary, Robert Herjavec, Daymond John, and Lori Greiner are all seasoned businesspeople and investors with a wealth of industry knowledge. Here are some of their most useful lessons.

Be Prepared to Counteroffer on the Spot

Any entrepreneur pitching their business to venture capitalists needs to know their numbers well enough to come up with a solid counteroffer on the spot. Dealing with investors is a negotiations game, which these sharks clearly understand.

It's easy to confuse paying down debt (paying off a loan with interest to a lender), and paying royalties (paying an investor a certain percentage on every new product sold), but the sharks keep the two straight, and clearly lay out the pros and cons of both.

The sharks emphasize a "more is better" approach when it comes to investors. While this philosophy is somewhat problematic for control-oriented entrepreneurs who don't want their boards overcrowded, it still largely holds true. Two sharks willing to take the same percentage of equity stake as one shark is usually better because they can pool their resources and connections together to land valuable distribution deals, advertising spots, and more money.

Think Big, But Not Too Big

Technically this episode hasn't aired yet, but based on the show's history, this investor asking for $1,000,000 for 5 percent equity in his company will either be laughed out of the room or forced to drive a very hard bargain. If there's anything Shark Tank emphasizes to viewers, it's that an accurate valuation is critical to landing an investment.

Make sure to watch the latest episode of Shark Tank tonight at 9|8c with a pencil in hand.

More like this
Which RHODubai Housewife Has The Biggest Net Worth?
By Hugh McIntyre
Iain Stirling Is Happy Being Off-Camera For 'Love Island'
By El Hunt
7 Burning Questions I Have About 'Love Island' One Week In
By Victoria Sanusi
Drake’s Net Worth Will Have Critics Saying “Honestly, Nevermind”
By Hugh McIntyre
Get Even More From Bustle — Sign Up For The Newsletter