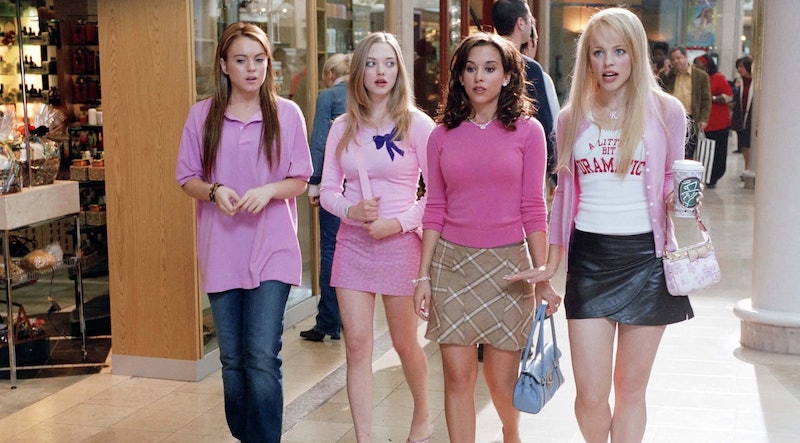 It's been a while since we've heard anything about that highly anticipated Mean Girls musical which Tina Fey promised to us all so long ago — but don't worry, things are still chugging along for the project. According to Vulture's Jennifer Vineyard, who ran into Fey's husband who's scoring the musical, Jeff Richmond, progress on the Mean Girls musical is being made, slowly. From Vulture:

Jeff Richmond...assured us the team is "working on outlines," "meeting once a week," and "actually starting to write some stuff." At this point, there are five songs "floating around," including a "Fetch" song..."That one is not written yet, but it certainly deserves attention before we get too much further."

This is promising! "Fetch" absolutely does deserve its own song, and an epic one at that — in a movie so packed with quotable lines, it's impressive that "fetch" received the amount of attention it did, especially without Regina George's seal of approval. Congrats, Gretchen: "Fetch" is officially happening.

Richmond also added that there'll be a song based on the "October 3rd" line, but that the writers had hit a wall when it comes to the Christmas talent show scene — and when to actually have Regina sing.

"Do you save it until the second act, when all hell breaks loose?" Richmond asked. "When she does the switch in the Burn Book, is that the first time you actually hear her sing? I'm not sure. That's just a conversation we were having yesterday. That's the kind of thing we're talking about right now. So it's coming, it's coming along. So at the next boozy function, I'll have more to share."

Bottom line: "It's coming along." Huzzah! This thing will happen, someday.