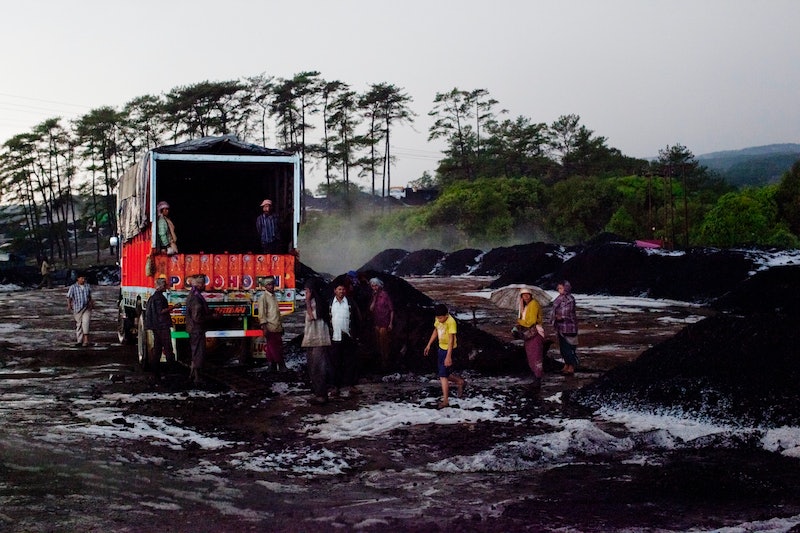 The strongest storm to hit India in 14 years caused mass evacuations Saturday night, blocking roads and communication lines, but killed only 17 people — meanwhile, a stampede in Madhya Pradesh caused at least 89 deaths after a bridge leading to a temple was thought to have collapsed while people were crossing.

12 million people, 873,000 of whom took refuge in shelters, schools and temples, were affected in Odisha and Andhra Pradesh, as ocean surges went over 11 feet and completely destroyed houses and businesses in the area.

Extreme safety measures were taken to avoid a repeat of a 1999 storm, similar in strength to Cyclone Phailin, that killed 10,000 in the same area. In spite of this, 17 deaths were reported due to flying debris and falling trees, and a cargo ship carrying a crew of 17 Chinese and an Indonesian was feared sunk on Saturday, as the cyclone made its way across the Bay of Bengal.

"The crew left the ship in a lifeboat around 4 p.m. on Saturday but have not been traced yet," the deputy chairman of the Kolkata Port Trust told Reuters.

Meanwhile, another disaster struck India when a bridge was rumored to have broken underneath worshipers who were gathered at the Ratangarh temple near the town of Datia to celebrate a holy festival. As the rumour spread, people began to run towards the temple, starting a stampede that injured over 100 people and killed 89. However, other reports have presented a different story, suggesting that the police caused a panic when they tried to use batons to control the crowd.

Two other storms also made their way towards Asia on Sunday: Typhoon Wipha went over the Pacific and Typhoon Nari loomed over Vietnam.