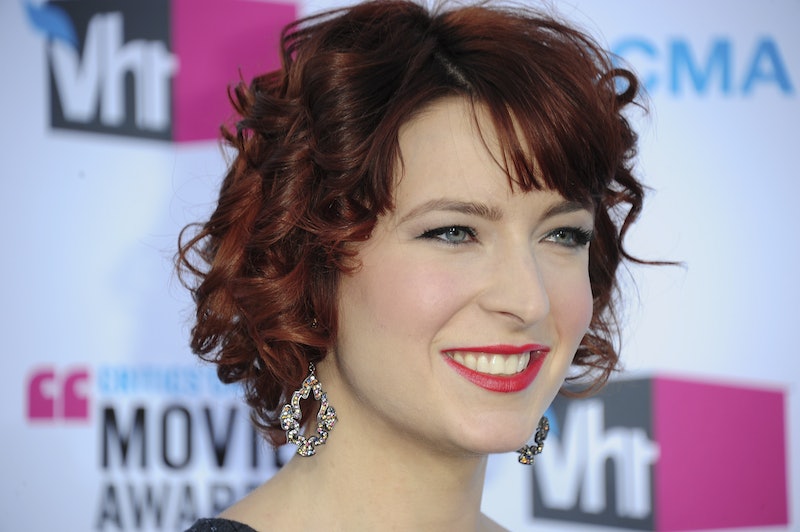 One of your favorite childhood toys is getting the Juno treatment. According to Deadline, Oscar-winning screenwriter Diablo Cody will rewrite the script for Barbie , a live-action film about the iconic blonde doll. Though producers are staying tight-lipped about the story behind the new flick, producer Walter Parkes did say that they brought on Cody — famous for penning edgy flicks like Juno and Jennifer's Body — in order to make the film feel a little bit more "contemporary." Considering this is the woman who introduced something as amazing as the hamburger phone into the world (in Juno, of course), she's definitely the perfect choice for that.

As Parkes stated of the news: "Diablo’s unconventionality is just what Barbie needs. It signals we’re going for a legitimately contemporary tone. We’re bringing her on because she had great ideas, but even more importantly, she truly loves Barbie.”

Cody may only be rewriting Barbie, but her distinct style (I mean, how many Juno-isms did we all pick up after the release of Juno?! ) will certainly change the feel of this OG toy story. So, based on her previous scripts — which to this day are Juno, Jennifer's Body, The United States Of Tara, Young Adult, and Paradise), here's what we can expect from a Cody-style Barbie.

Don't expect Barbie to sound anything like the talking dolls in her image. If she's at all similar to the protagonists in Cody's films, Barbie will have a sharp tongue capable of rapid-fire speech, necessary to keep up with any of the characters in a Cody-penned flick. Main character Barbie may not lose her traditional sweetness on the inside, but if she's a part Cody-creation, she won't be quite so saccharine.

Cody is a self-proclaimed feminist, and she's not afraid to feature both strong and complicated female characters. Don't expect any of this bullshit from Cody's Barbie.

Remember all of those friends that you had to buy for your Barbie doll growing up? They can now be initiated into Diablo Cody's universe, but don't expect the same one-dimensional dolls. I imagine that Cody will have a lot of fun reimagining characters like Theresa, Ken, and Skipper — and perhaps making them a little less wholesome than Mattel originally intended.

I highly doubt that Cody's take on America's plastic sweetheart will be conventional. Barbie might be picture-perfect on her box, but Cody doesn't like perfect characters — and I doubt she'll let Barbie go through the movie without displaying any significant flaws.

Cody's take on the traditional Barbie narrative won't be kids stuff — and it'll certainly be worth watching.