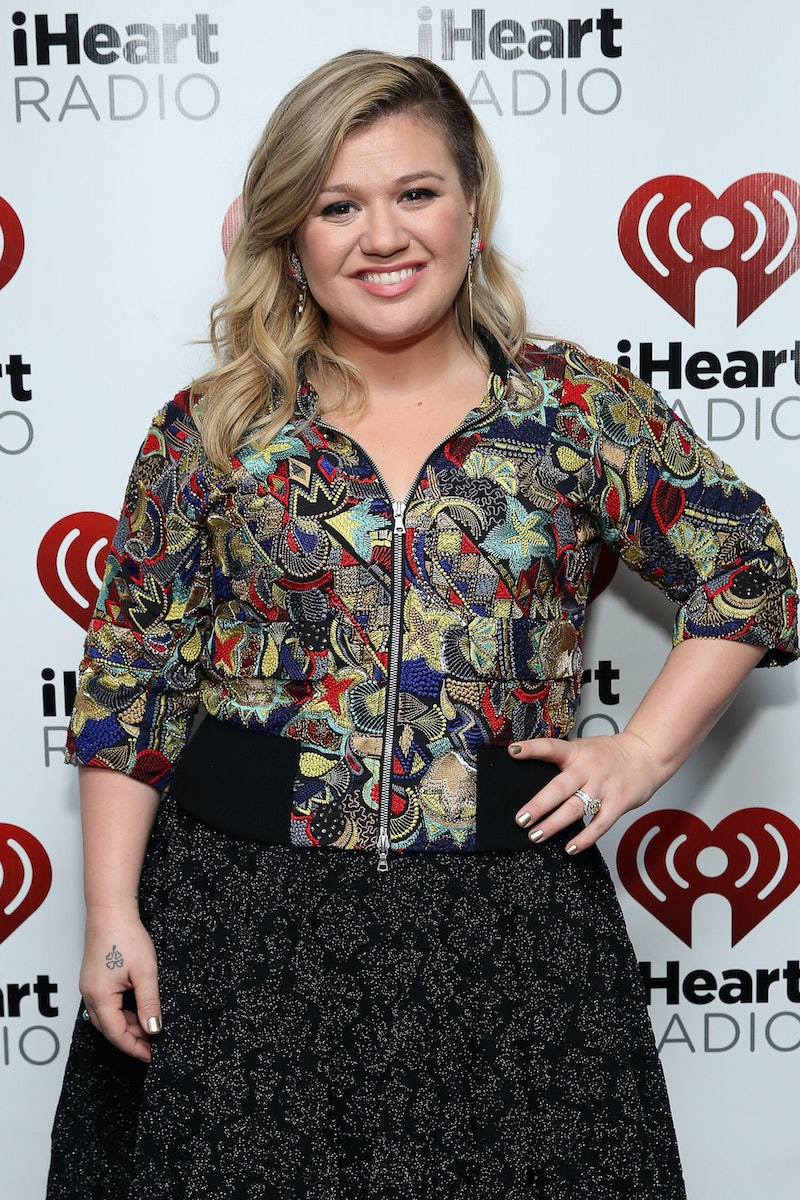 Two words: bye, Felicia. After British "journalist" Katie Hopkins made some nasty comments about her weight during a recent appearance on the Graham Norton show, Kelly Clarkson responded to fat shaming in the best possible way. We're taking notes, Kelly, because this is rad.

Hopkins, who's a Sun columnist, a notorious fat shamer, and a despicable human being (IMO), directed one of her famously awful tweets towards Clarkson's size, writing "Jesus, what happened to Kelly Clarkson? Did she eat all of her backing singers? Happily I have wide-screen." Among a few other lovely comments, she followed that with, "Look chubsters, Kelly Clarkson had a baby a year ago. That is no longer baby weight. That is carrot cake weight. Get over yourselves." Well, isn't that sweet.

And Kelly didn't fight back — that's what's so great. In an interview with Heat magazine, Kelly responded the best way possible: Basically, who is that? "I don't have a clue what you're talking about," she said. "Someone tweeted something about me?" After the interviewer who explained who Katie was, Kelly said, "Oh, and she's tweeted something nasty about me? That's because she doesn't know me. I'm awesome! It doesn't bother me. It's a free world. Say what you will."

Preach, Kelly. I love that she knows she's the only person who gets to decide who she is and how she feels about herself, and she's especially not going to listen to someone who doesn't know her or have anything better to do than bring people down. We can all learn a thing or two from Kelly's confidence. She always takes the high road, and that's a great quality.

Hear that, Katie? Shut. Down.