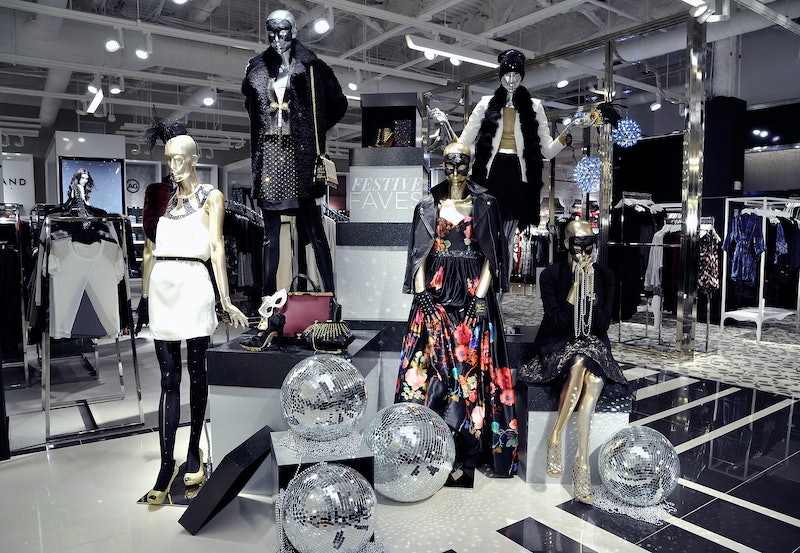 I think I just temporary blacked out from pure joy because Bloomingdales announced they'll be opening up an outlet store in Manhattan, according to WWD. You guys, a Bloomingdales. Outlet. This is not a drill: Light the beacons, alert the elders, get on a soapbox and tell all.

I'll admit that Bloomie's is my go-to spot for a quick bathroom break mid-shopping, but it is also my mecca. It's like the most practical playground ever. It has everything you need, from makeup to intimates to shoes to more glorious shoes. And while everything in there is pretty much eye candy (I can't exactly afford much) it's become more of a place for inspiration and daydreaming. Once in awhile, if I'm lucky, I'll score something really great from the Friends and Family sale.

But now, it seems my prayers have been answered, because an outlet store is opening up in New York City —on 2085 Broadway and 72nd, to be exact. Oh, did I mention its 25,000 square feet? That is a lot of fashion fantasies. This will be the 14th Bloomingdale's outlet in the U.S., a small number compared to Nordstrom and Saks.

Let's talk about the deals, though. Designer items from Calvin Klein, True Religion, Michael Kors, and more, will be 35 to 70 percent off full price. And over time, Tony Spring, the chairman and chief executive officer of Bloomingdale's, says he hopes to create items specific to the outlet stores only. I have a feeling I'll be frequenting this location for much more than bathroom breaks.