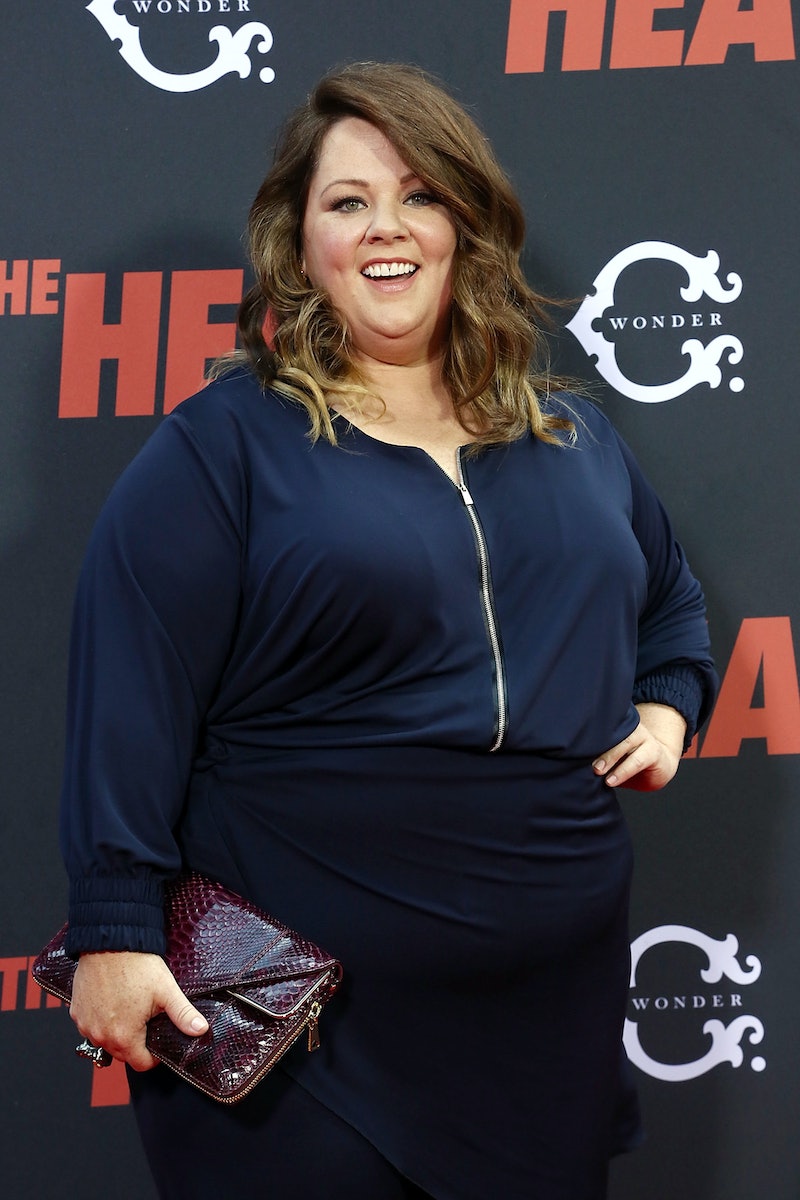 Elle’s November issue is dedicated to the women in Hollywood — to some of the most talented, funny, beautiful ladies taking the screens by storm: Among them, Reese Witherspoon, Melissa McCarthy, Shailene Woodley, and Penelope Cruz.

That McCarthy was featured on the cover was monumental. Mainstream fashion magazines don't often feature a plus-size woman on their covers, after all. It was such a refreshing story to hear around the same time the whole #FatShamingWeek business was going on, and bloggers, journalists, and stylists took the chance to write about just how awesome it is that a plus-size woman got a spot amongst the otherwise straight-size actresses.

Marie Denee of The Curvy Fashionista, Fan Winston of UsWeekly and Julie Gerstein of Refinery29 were just a few to point out how stunning McCarthy looked in the Marina Rinaldi coat, with her face and hair glammed-out far more than usual. At the end of Gerstein’s piece, however, she points out that not everyone is happy with McCarthy’s cover. The writers of Go Fug Yourself were quick to note that McCarthy didn't look like the other cover stars:

Next to these other covers — Shailene Woodley is in underwear; Cotillard, a sports bra — I kind of can't believe they put the plus-size actress on their cover BURIED INSIDE A GIANT COAT.

McCarthy is a voluptuous and confident plus-size woman, but you wouldn’t know it looking at the cover photo. If you’d never seen McCarthy before, you’d think she was just as petite as everyone else.

It could be argued the Marina Rinaldi coat was a seasonal appropriate piece for a November issue. And that’s true. But if that was what Elle was going for, they wouldn’t have put Witherspoon in a sexy, sleeveless Versace dress nor Woodley in a bodysuit/bathing suit/underwear ensemble. It's incongruous.

The question isn’t whether or not McCarthy looks beautiful. She does. We rarely get to see the actress/comedian with done-up hair and flawless makeup because she’s just a more casual, laid back kind of girl. The question is why Elle chose to obscure her body, whilst everyone else got to show off theirs.

Arguably, Cruz’s body isn’t shown off. The shot is a close-up of her face, looking completely natural and flawless — which could be considered a statement about the power, beauty and glamour of the clean, natural look. Again, if this was what Elle was going for, they could have shot a close-up of McCarthy’s face au naturale. And that would have been a far more powerful image than that of her in an oversized coat.

You can’t help but wonder whether Elle was worried about what featuring a plus-size cover girl would mean. Were they fearful that they would be met with negative backlash, and so the solution was to hide any bit of fat on McCarthy’s body? Or were they trying to promote the idea that talent and beauty come in all shapes and sizes, whilst being cautious of not being too bold and actually showing McCarthy’s body in a way that certain people would find offensive, because certain people just don’t like fat?