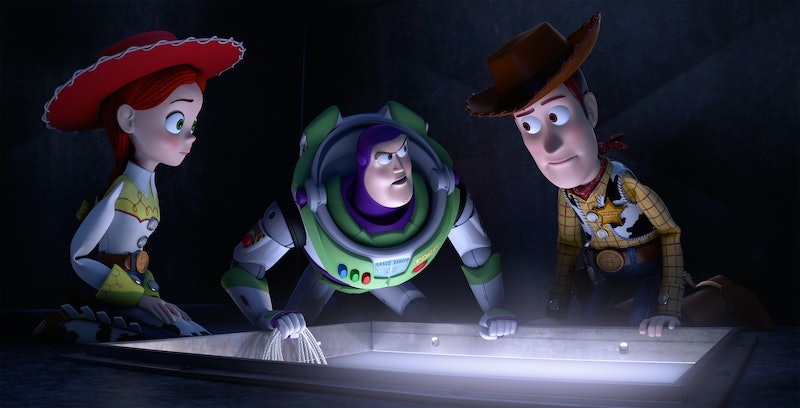 Disney and sequels. Sequels and Disney. For almost as long as Disney has been making animated movies, they have been making sequels to those animated movies. Toy Story is no different, because the original Pixar film not only got a Toy Story 2 but also a Toy Story 3. In light of that, was anyone really surprised when they found out that there would be a Toy Story 4 added to the franchise? Of course, the first three movies were good to such a point that many fans are willing to sit back and trust that Disney and Pixar know what they're doing, but there are also many fans who are still broken from watching Toy Story 3 and think that the franchise should have stopped there. Both camps are going to be furious when they find out that Toy Story 4 is not a sequel to Toy Story 3. In fact, it's an entirely new adventure.

According to Pixar Studio President Jim Morris in an interview with Disney Latino, "The third movie ended in a beautiful way and completed a trilogy. I think this movie is not part of this trilogy. It is a separate story, which in turn I do not know if will be continued... It is not a continuation of the end of the story of Toy Story 3. [Toy Story 4] will be a love story. It will be a romantic comedy. It will not put much focus on the interaction between the characters and children. I think it will be a very good movie."

On the one hand, that doesn't sound like a bad idea to me. The first three Toy Story films focused largely on the relationship that the toys had with humans — the good, the bad, and the random. They were about belonging, about finding a home with a good child who would take care about you, and the perils that befall toys when that child grows up. (Seriously, your heartstrings must be tugging right now as you wonder what happened to your old Barbie doll that you gave the uneven haircut to.) That arc has been told. For the next movie (or movies) to focus on the relationship that the toys have with each other could be a fitting way to continue the franchise. After all, do the people who didn't watch the movies even know about Andy, or are Woody and Buzz the first two that come to mind as the main characters?

Now that the toys are settled, and don't have to worry about ending up in the hands of another Sid, it's about time we see them have fun, fall in love, and go on random adventures that don't have as much to do with finding a home. I understand that dedicated fans of the franchise might be worried by Pixar taking such a tried and true franchise in such a different direction, but I think it's necessary to keep the films relevant and unpredictable. This new direction could be horrible — but it could also be really exciting if we just give Pixar a chance to wow us the way they have with the last three films.

More importantly, when you think about it, after the two hours of heartbreaking but heartwarming drama that was Toy Story 3, the people need a romantic comedy. After Toy Story 4 comes out, you can re-watch the entire franchise, cry for days over Toy Story 3, and then pick yourself back up with the joy and laughter of Toy Story 4. Pixar and Disney have a strategy in mind, obviously, and I'm inclined to trust them considering it seems like they can really do no wrong with this franchise. We could fear the unknown here, or we could make like Buzz Lightyear and give Pixar the chance to take us to infinity and beyond. Personally, I'm going with the latter.