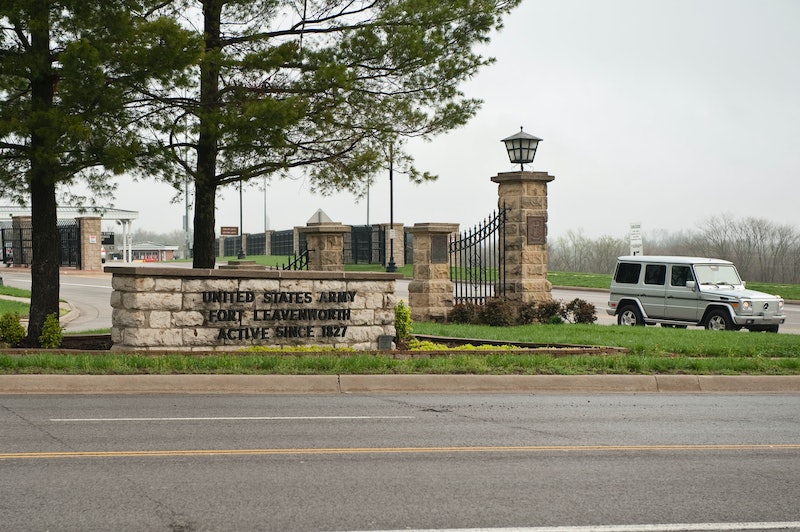 Setting yet another antecedent in the military that has never before been engaged in such direct confrontation regarding gender identity, a court ordered the Army to refer to transgender veteran Chelsea Manning as a woman, as she transitions to presenting as female. The order from the U.S. Army Court of Criminal Appeals, dated Wednesday, said:

Reference to appellant in all future formal papers filed before this court and all future orders and decisions issued by this court shall either be neutral, e.g., Private First Class Manning or appellant, or employ a feminine pronoun.

It marks an important victory for Manning, as her lawyers had sought to force the military to refer to her as her identified female gender. Currently serving 35 years in prison at Fort Leavenworth, Kansas, for leaking swathes of top secret state documents to Wikileaks in 2013, Manning came out as transgender two days after she was sentenced. She changed her name from Bradley to Chelsea and lobbied for hormone therapy and the right to live as a woman in military prison.

Since announcing her gender identity, Manning has posed a constant challenge to an obstinate Army culture that, to this date, bans transgender people from serving in the military. The Defense Department also does not provide treatment for gender transitioning. Just last month, the government issued a statement that said unless the court decides otherwise, it intended to refer to Manning using masculine pronouns.

This is an important victory for Chelsea, who has been mistreated by the government for years. Though only a small step in a long legal fight, [we] are thrilled that Chelsea will be respected as the woman she is in all legal filings.

The soldier filed a lawsuit against the U.S. Army in September last year for medical treatment, and just last month won a huge gain when the Army approved hormone therapy. The Wednesday court order obligating the military to refer to Chelsea as a woman was a second victory for her successful transition — though it did not require a change in a case where Manning is referred to as Bradley to Chelsea, reported NBC News.

This is an important development in Chelsea's fight for adequate medical care for her gender dysphoria. That fight continues but at least the government can no longer attempt to erase Chelsea's identity by referring to her as male in every legal filing.

In December, writing from her cell in Kansas, Manning echoed the same sentiment of the military's attempt at whitewashing her identity. In an emotional Op-Ed in The Guardian about transgender rights, she wrote:

We should all have the absolute and inalienable right to define ourselves, in our own terms and in our own languages, and to be able to express our identity and perspectives without fear of consequences and retribution. We should all be able to live as human beings — and to be recognized as such by the societies we live in.