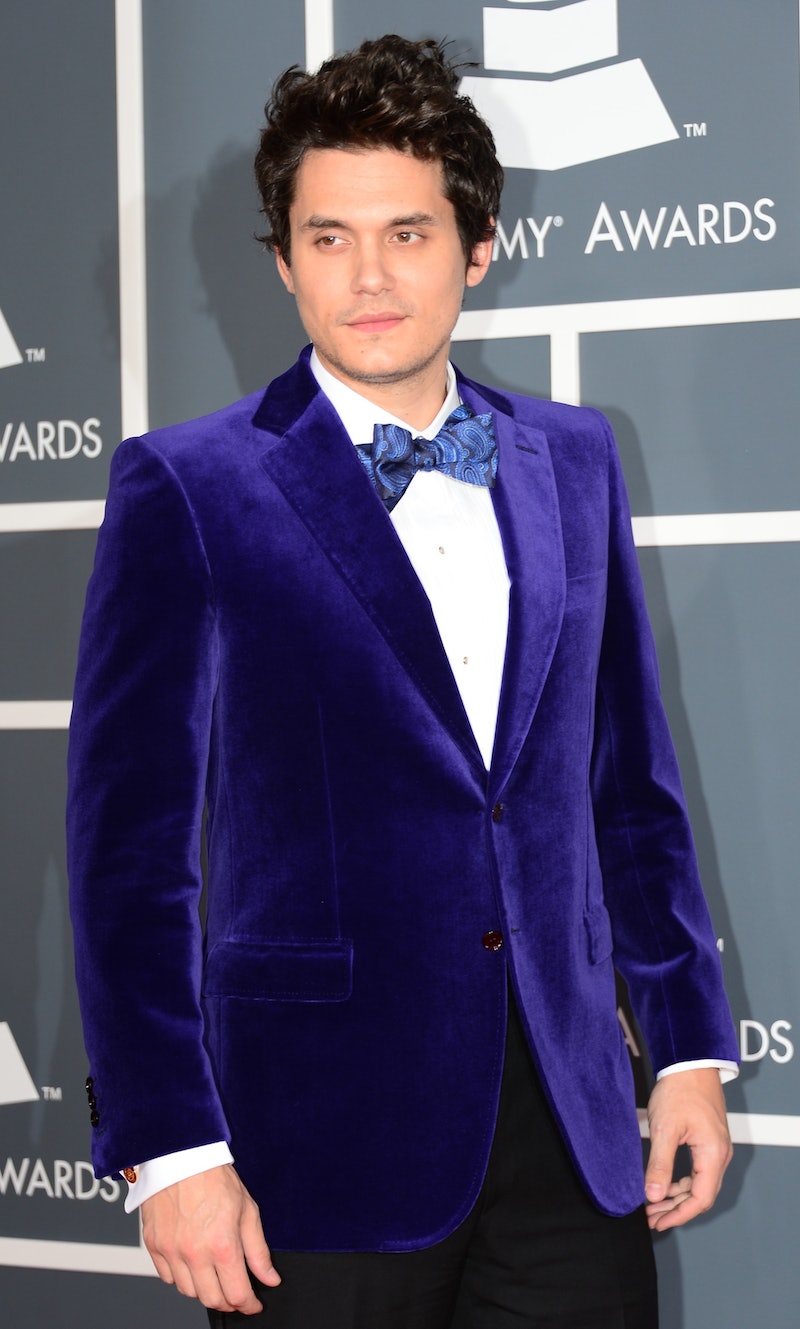 John Mayer, a changed man? That's the message he wanted to get across to MSNBC in a rare interview on March 6. Mayer talked about his public persona and how he wanted to change it after people "misunderstood" him for his public comments about the women he has dated, which were often criticized as being sexist and highly problematic. He also said that his earlier interviews were "out of touch," but that he is not a womanizer. But John Mayer did admit to being a "recovered ego addict," which is why he now wants to go home immediately after award shows and pull the plug on social media.

You've already looked through Twitter. Everybody goes, "It's great!" And then you're low again because you can't stop looking. So I'm a recovered ego addict.

His interviewer asked if he would check Twitter after this particular interview. In response, Mayer said, "I will not check Twitter. But I check the mirror, the original Twitter."

Hmm. It is worth commending him for taking breaks from social media from time to time, like when he quit tweeting altogether back in 2010. After all, a big part of social media is all about promoting yourself and receiving some form of validation from others. Getting too wrapped up in that sphere can be damaging to anyone, especially if they admittedly have a big ego. But judging by some of his comments in the interview, it looks like he needs to spend some more time in ego rehab before he can truly consider himself "recovered."

After all, in the interview, it would certainly have signaled ego recovery for him to address his earlier statements about women, like his cringeworthy bedroom evaluation of ex-girlfriends Jennifer Aniston and Jessica Simpson for what they were — offensive, problematic, and yes, sexist. Of course, one would not expect Mayer to freely admit, "Yes, I was a womanizer," but at the same time, his quote about being "misunderstood" as such rings dangerously close to the territory of, "I'm sorry you were offended by what I did."

Much like he did a few years ago on NPR by saying he had "nothing to say" at the time of his comments about his exes and probably just wanted to make himself sound more interesting, it still sounds like he is making excuses by now saying he was just "out of touch." And the part about him checking the mirror is just... well, it's not exactly the best way to convince your viewers that you aren't as stuck on yourself anymore, either.

It would be great if Mayer could truly repair his image once and for all, because, let's face it, the man is extremely talented. But it looks like it will take a while before his ego addiction has truly gone away. Let's hope it does, though! Check out the interview below and see what you think.