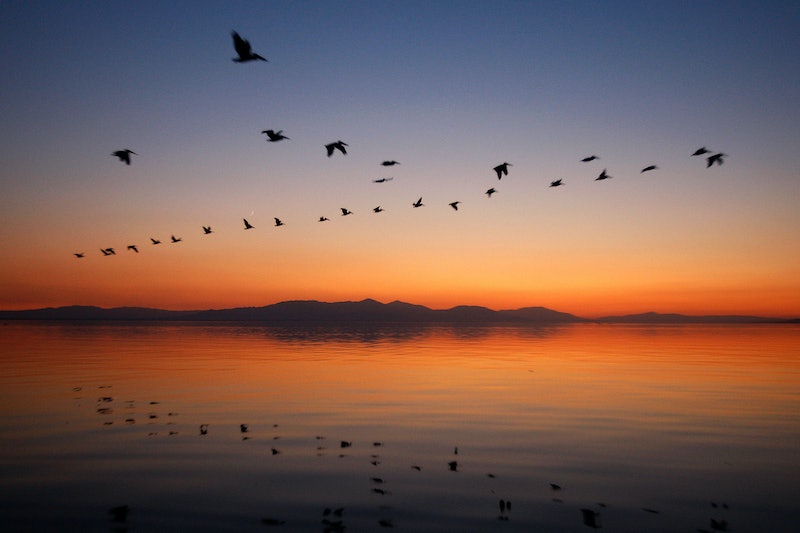 In the wee hours of Sunday morning, most Americans will be setting their clocks ahead by an hour. This allows us to enjoy an extra hour of sunlight on warm summer nights, making it easier to go to barbecues and spend evenings at baseball parks — all good, right? The actual intent of the policy of daylight saving time (DST) is to save energy costs, but studies show that this may not be the case. Actually, it may be creating other, more costly problems.

According to the History Channel, DST originated from an Englishman who spent his fortune lobbying the British Parliament to adopt a policy to maximize enjoyment of the sun during evening hours. He failed. Contrary to popular belief, it wasn't Ben Franklin's idea (he advocated for changing sleep schedules, not the altering actual time). The U.S. adopted DST in 1918 so that Americans would rely less on artificial light sources, decreasing overall energy consumption during WWI.

The practice resumed during WWII, after which many states operated on different times, until The Uniform Time Act was implemented in 1966. States then had the option of adopting DST. Most did over the coming decades. Hawaii and Arizona remain the only states opting out of the time switch.

So, what does the actual data say about this? In 2007, the U.S. began to observe DST for a few extra weeks. A 2008 study by the Department of Energy determined that electrical consumption of Americans decreased by one-third of one percent.

There remains a lot of research refuting this. A study by the National Bureau of Economic Research determined that after Indiana adopted the policy of DST in 2006, the state experienced a one-percent increase in energy usage. And a experiment by university researchers at the Universities of Michigan and Washington determined that DST has a slight negative effect, if any at all, in reducing electrical consumption and green house gas emissions.

So, why is this happening? Especially since people have more hours of daylight for activities? The answer is simple: According to this experiment, people operate according to the clock, not sunrise and sunset. This was further confirmed by a survey administered by Bureau of Labor Statistics, which determined that more Americans sleep less and up earlier even when we practice DST, effectively using more electricity during those dark mornings.

There are also major outside costs to DST. In The New York Times, Michael Downing, who has authored a book on the topic, argues the costs of daylight saving time — $150 million a year to airline companies, who are forced to reconcile scheduling problems with Europe. It's also problematic for observant Jews, who find it difficult to say the sunrise prayers at home. The danger for workers who lose sleep after the switch to DST has also been noted; a study published by Journal of Applied Psychology found that mining workers risked injury 3.6 times more the Monday after DST. Once standard time is resumed, there are no additional risks.

More like this
11 Health & Wellness Gifts Any Fitness Devotee Will Appreciate
By Rachel Lapidos
18 Zen-Inducing Gifts For Your Friend Who's Into Mindfulness
By Carolyn Steber
Many Skin-Care Actives Degrade By 40% Within 8 Weeks — This Innovative Company Is Fixing That
By Lauren Moison
Cyber Monday 2022 Is Around The Corner. Here Are The Deals To Expect
By Dominique Norman
Get Even More From Bustle — Sign Up For The Newsletter