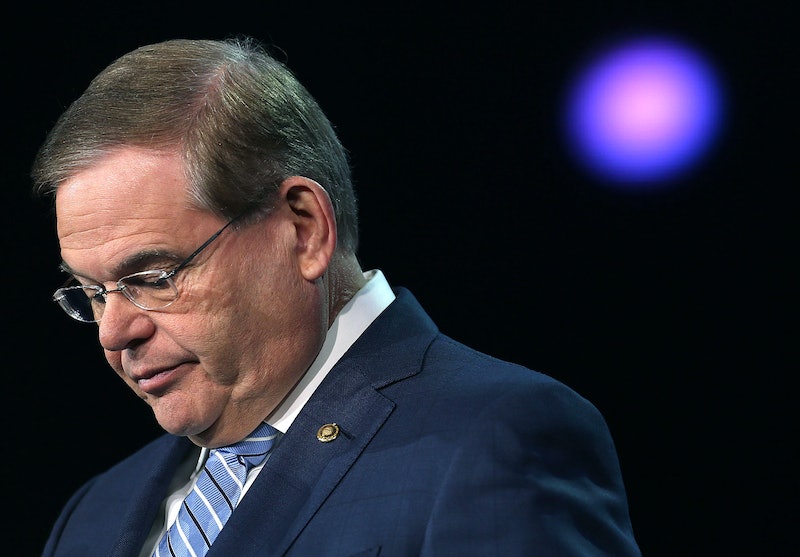 On Friday, the Justice Department began preparing criminal corruption charges against Democratic Senator Robert Menendez of New Jersey. CNN was the first to that Attorney General Eric Holder had approved the Menendez case for prosecutors. Some of the charges risk expiration by the statute of limitations, but an official announcement is expected to come in the following weeks.

The charges are built upon a relationship between Menendez and Salomon Melgen, a Florida eye doctor. It was first alleged that Dr. Melgen paid underage prostitutes on behalf of the senator. But the focus of investigators soon turned to questions over whether Menendez altered Medicare reimbursement policies to financially benefit Dr. Melgen. The senator met with officials at the Centers for Medicare and Medicaid services claiming that Melgen was over-billed by $9 million dollars. The doctor later repaid the government entity.

From here, things just start looking sketchier. Melvin's medical practice gave $700,000 to a Democratic super PAC, which ended up giving close to $600,000 to Menendez's campaign. There were also personal kick backs. — the doctor offered Menendez the use of his private jet for personal vacations to the Dominican Republic in 2010. The senator accepted. He never reported these gifts as is required by law. Three years later, in an attempt to whitewash this controversy, Menendez sent Dr. Melgen a check to cover the cost of the fights (it cost him $70,000).

The senator's spokeswoman Tricia Enright said in a statement:

As we have said before, we believe all of the Senator's actions have been appropriate and lawful and the facts will ultimately confirm that. Any actions taken by Senator Menendez or his office have been to appropriately address public policy issues and not for any other reason.

Before the Republicans took the Senate, the now disgraced senator was the chairman of the Foreign Relations Committee. He is the child of Cuban immigrants, and has been an opponent to the Obama administration's restoration of diplomatic ties with the island nation. Even after losing the top spot, he continued to play a major role, authoring major bills supported by a broad Republican base — including tightening economic sanctions on Iran.

This case raises serious questions about relationships between elected officials and campaign donors. We're sure to see a long investigation probing us on how to best keep our leaders accountable and honest to the office they swore to uphold. Now, we wait and see if the sitting senator will resign. If not, Governor Christie will have a tough decision ahead of him.