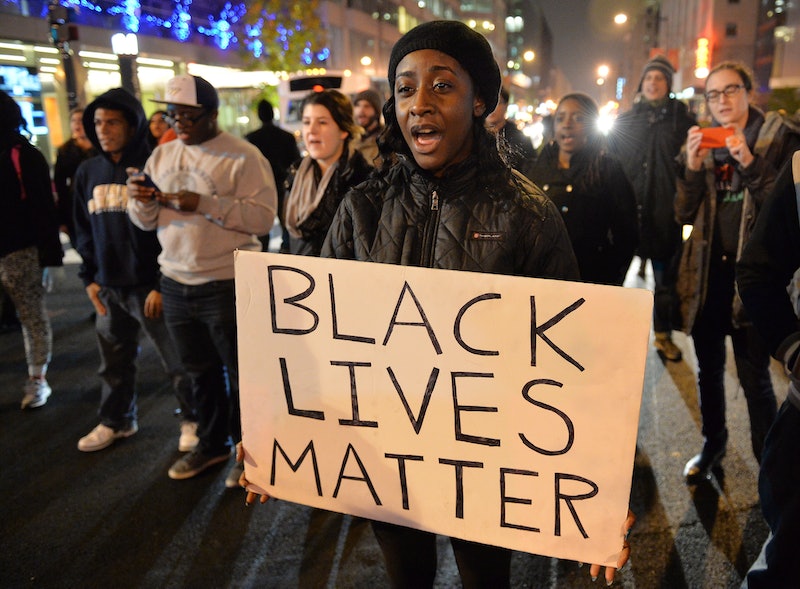 Protests began in Madison, Wisconsin, on Friday after a police officer shot and killed a young African-American man following an alleged altercation. The officer-involved shooting occurred Friday night at the man's apartment, where authorities say a struggle broke out, causing the police officer to shoot the 19-year-old. It's unknown at this time if the young man was armed.

According to an incident report released by the department, Madison police received reports around 6:30 p.m. on Friday about a man jumping into traffic. The officers went to the apartment that they believed the man entered, forcing their way in after reportedly hearing a disturbance.

The police department said in the report:

When contacted a struggle ensued and the 19-year-old man, who was identified as the individual engaged in the reported behavior, was shot and subsequently died.

Madison Police Chief Michael C. Koval told reporters on Friday that one of his officers was allegedly struck in the head by the 19-year-old. The officer then drew his gun and fired more than one shot. "This same subject assaulted my officer, and in the context of mutual combat, the officer did draw his revolver and subsequently shot the subject," Koval told the media.

Officers reportedly tried administering CPR to the 19-year-old man. He later died at the hospital Friday night. The Wisconsin Department of Justice's Division of Criminal Investigation is investigating the shooting.

Not long after the fatal officer-involved shooting occurred, protests began outside the apartment building — the site of the 19-year-old's death. The Associated Press reports that a peaceful crowd chanted "Black Lives Matter," the universal slogan created in 2014 following the deaths of Michael Brown and Eric Garner, two African-American men who were unarmed when they were killed by local police.

After told to disperse, the protesters reportedly moved to Madison City Hall, where they conducted a peaceful sit-in. According to social media reports, the demonstration moved to the city hall building to demand the release of two protesters who were reportedly taken into custody.

At city hall, the protesters chanted the name of the 19-year-old, who was identified to WKOW 27 News by his mother as Anthony "Tony" Robinson." Authorities have yet to release his name.

Robinson's mother, Andrea Irwin, told WKOW 27 News that her son wasn't a violent person. "And to die in such a violent, violent way, it baffles me," she added.