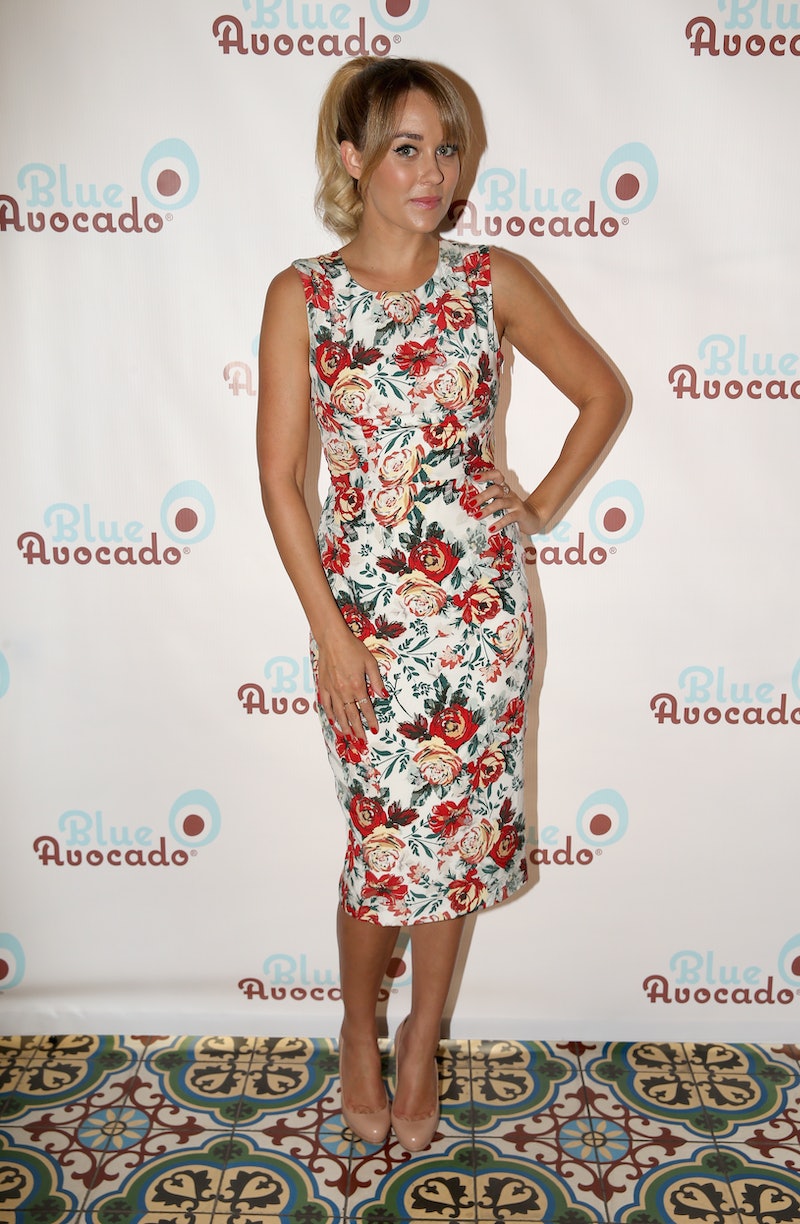 Unless you've been living under a rock or were off the grid, like, all weekend, you know by now that former MTV reality star turned surprisingly successful businesswoman, Lauren Conrad, is engaged to her boyfriend of two years, William Tell. It's great news, especially for those of who religiously watched Laguna Beach and The Hills during their wildly popular runs on MTV — after all this time, LC is finally getting her happy ending with a guy who isn't a major douchebag (*cough*Jason Wahler*cough*).

It's actually worth noting that said douchebag ex, Wahler, actually got married yesterday, and news of his wedding was promptly upstaged and forgotten about the second LC announced her engagement news on her personal website. This probably wasn't on purpose, but isn't it just so much more entertaining to pretend that it is? It's certainly some Hills-esque drama, and while that show may have been staged beyond belief, we can dream...

Anyway, in honor of LC's big news — and that picture she posted on Instagram of her impressive ring — we figured it best to do what any Internet-obsessed, former Hills-fans would do: Illustrate this momentous event with GIFs. Of course.

Then, upon realizing she upstaged Jason Wahler...

That is some craftiness worthy of Martha Stewart.

We wish The Hills was still on...

Because then we could see how LC would reveal the news to everyone.

And how everyone would take it.

...well, most importantly, how Heidi and Spencer would take it.

But this is super happy news!

LC is finally getting her happy ending! With a guy who actually seems nice and isn't anything like...

Our girl has happier days ahead now, and hopefully no need for waterproof mascara anymore.

Maybe true love does exist after all.

After all this time, LC is still teaching us life lessons. Congrats!