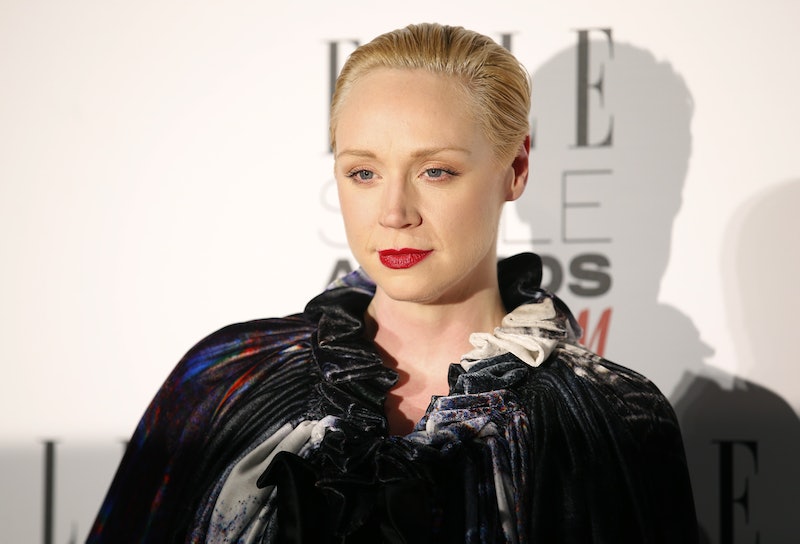 That’s it; we can all go home now everyone, Vivienne Westwood just won Paris Fashion Week. Games of Thrones’ Brienne of Tarth also known as Gwendoline Christie walked Vivienne Westwood’s runway not once, but twice. The show sported gender-bending styles and unisex wares on both male and female models.The show is a powerful statement about gender neutrality. “Models’ eyebrows were turned into unibrows, the #freethenipple movement was in full effect, and there were plenty new additions to those sky-high top hats that have become a defining fashion statement for Pharrell,” writes Bustle’s Rikki Byrd. “Most notable, however, were the women in suits and men in dresses.”

“The tailoring was strong,” says WWD. “Elongated silhouettes and extra-broad shoulders on top looked fresh and fierce paired with cropped, big-cuffed pants.” For one look, Christie was styled in a black frock, floral leggings, and knee-high suede boots. In another, she wore a grey suit, tastefully bare ankles, a black stiletto, and a menswear inspired navy overcoat with broad shoulders and a boxy lapels. Westwood topped the look with beige headwear reminiscent of the Mad Hatter.

Christie is currently preparing for season 5 of Game of Thrones, but taking a break to shatter traditional molds of high fashion certainly excuses her momentary break.