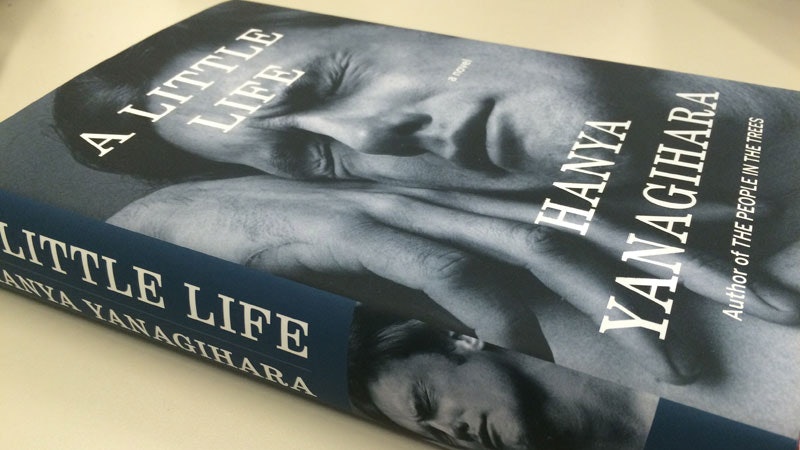 One of the best things about Hanya Yanagihara's new book, A Little Life — which you need to read immediately — is how incredibly universal it is. The novel is about four guys who've known each other since college. They're all super-ambitious: Malcolm wants to be an architect, JB wants to be an artist, Willem wants to be an actor, and Jude wants to be a lawyer. They start small and slow, working low-paying jobs and trying to earn another degree or get that one audition or please their boss enough to get a better assignment.

We've all been there. Whether you're trying to climb a corporate ladder or make it as an artist, you know the struggle involved in those itsy-bitsy steps that feel more like walking in place than moving upward. But it's not just work. These guys confront everything as they grow up: family, love, friendships, the pressures of adulthood. In other words, LIFE, in all its glorious messiness.

As I was reading I kept having the urge to underline things and write OMG SO TRUE in the margins. Or I FEEL THAT. Or even THIS MAKES ME WANT TO CRY. So, if you need another reason to read this amazing book, here are some of the most powerful and awesome quotes that can be found in these pages. You'll see yourself in these. Trust me. And if you end up printing out one of these and hanging it by your desk, I'll resist the urge to say "I told you so."

On Being An Artist