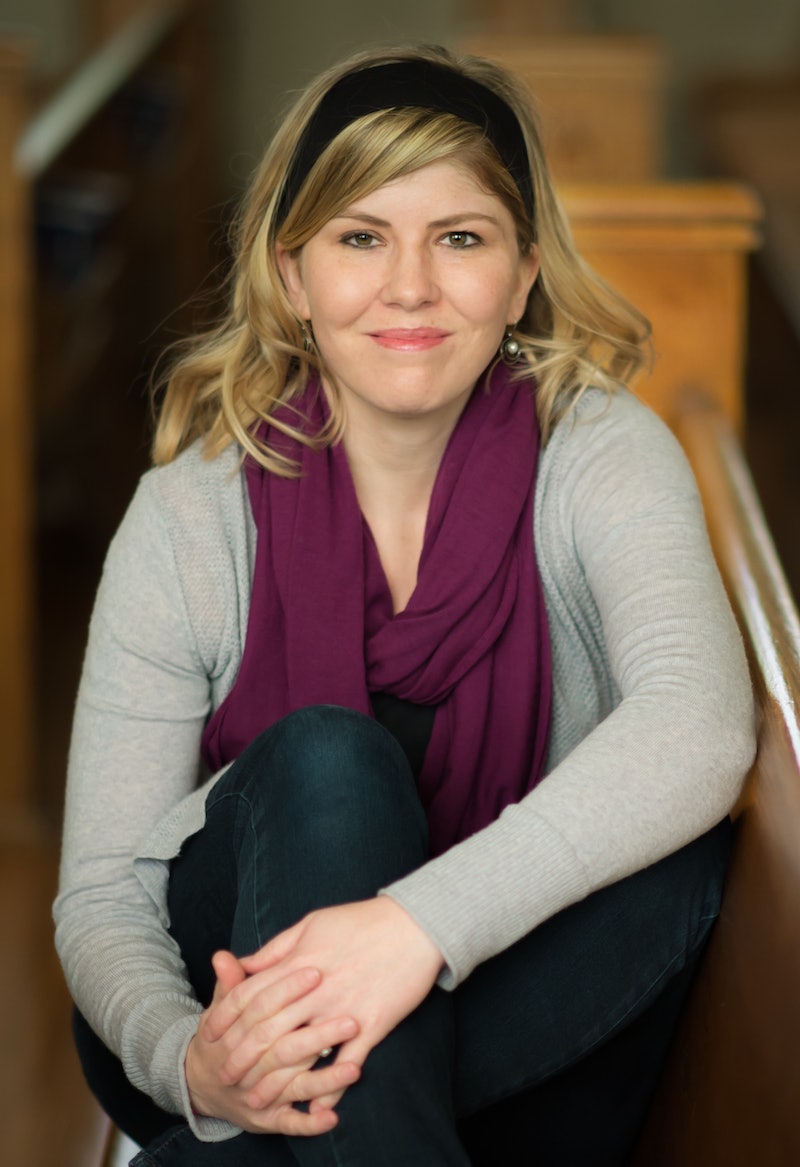 Dogear whatever novel you've been trudging through, because you need to read Keija Parssinen's The Unraveling of Mercy Louis (Harper Collins).This is the witchhunt novel you never knew you needed, but now's the time. Mercy is a teenaged basketball star living in bayou country in southern Texas, and within two or three paragraphs, depending on your mood and hunger status, you'll be hooked to her story.

Mercy's a basketball star with a promising future, but jumping on the chance to leave Port Sabine, her small, sleepy town, will prove more difficult than she'd like. Mercy lives with her grandmother, a strict Evangelical, and keeps receiving strange letters from her birth mother. And Mercy's in love with a boy named Travis. A wallflower character, Illa Stark, cares for her injured mother when's she home and watches Mercy lovingly as the manager of the basketball team. Parssinen's timely novel tracks the hysteria that sweeps through Port Sabine when a fetus is discovered in a dumpster, and the witch hunt that ensues will rattle you as you try to keep up.

Parssinen's novel is intensely gripping, the kind of perfectly timed lore that reflects the upsetting reality that women are still hunted, persecuted, and burned at the stake. Her writing is beautiful and brilliantly paced, and Mercy Lewis is a novel you won't soon shake off.

I spoke with Parssinen about the character of Mercy, writing her story, and struggling as a woman.

BUSTLE: You wrote on your website that the book is a tribute to the badass girls you played basketball with when you were younger. How do you define badassery in girls?

KEIJA PARSSINEN: This is the best question ever, thank you! I loved writing Mercy because she is such a Grade A Badass. I might even add an extra "D" onto "badd," just for Mercy. She is fearless in a way I never was. She plays street ball with the boys and teaches them a thing or two while she's at it, and she's the only one who can hang with her acid-tongued best friend, Annie. Mercy enjoys her talent, and embraces it, rather than apologizing for it. I think it takes a spine of steel (a healthy dose of badassery, if you will), if you are female, to be ultra-successful and not feel the need to apologize to anyone for it. Mercy also works really, really hard; she doesn't take anything for granted, or try to coast on her raw skills. That work ethic is pretty badass, but it ultimately becomes unhealthy for her.

Ann Friedman just wrote a great article about how badassery isn’t being so tough that you don’t cry, but it’s also in recognizing how something’s made you feel. Do you recognize sensitivity in the badasses you know?

Yes, absolutely. I think embracing real feeling is the most badass thing any person can do. Because it's terrifying to be honest with yourself; it takes real courage. Working to uncover your true self is pretty badass. Mercy, Annie, and Illa are all fighting that battle, in one way or another. Even for adults, that's a struggle, but it's particularly acute in high school. So girls who have the stamina to wade through all the superficial bullshit to try to reach some kind of authenticity, within themselves, or in relationships — they're the badasses.

Writing about sports and games has always struck me as hard, or at least easy to get wrong. But your basketball scenes are really fun to read. Were they challenging to write?

Thank you so much! I took a lesson in sports writing from Yusef Komunyakaa, whose excellent basketball poem, "Slam, Dunk & Hook," Travis shares with Mercy. It's filled with movement and a kind of languid, sweaty sexiness, but it also captures — all in a few lines — the emotional intensity of the game, and what movement can mean to the players, in the context of their lives. One of my favorite lines from that poem is, "When Sonny Boy's mama died/he played non-stop all day, so hard/the backboard splintered." That's what basketball is for Mercy: a release, a way to work through the complicated emotions of her fraught adolescence. I also called on my memories of those high school basketball games as a kind of performance, a high-energy show with a frenzied audience, so I tried to convey the performative artfulness (and the pressures!) of the game.

Did you conceive of Mercy and Illa at the same time? Which character came first?

Roughly, yes. From the start, I desired to create an obsessive tension between two girls, or rather, to have one girl be the object of obsession, and one, the obsessor. After I read the Susan Dominus article about the girls in Le Roy, New York, who developed physical and verbal tics, I was struck that the outbreak started with the head cheerleader, an alpha in the community. But I wasn't a cheerleader, and I wasn't interested in writing about cheerleaders, so I made Mercy the basketball star — someone I always yearned to be but never was (though I was Most Improved Player twice! Ha). It was easy for me to conceive of Illa, the girl on the periphery who is captivated by Mercy's talent and, well, badassery. In many ways, even though I was a varsity player, I was often in Illa's position, admiring the truly gifted players, wanting to be them. I wanted Illa to be a kind of Nick Carraway character, someone who would give the reader some perspective on Mercy's life and Port Sabine, in a way that Mercy, whose scope and voice are so limited, can't do.

What were you reading while you wrote this?

For research, I read Elaine Showalter's Hystories and The Female Malady to try to better understand episodes of mass hysteria in a cultural and critical context. I enjoyed A Delusion of Saran by Frances Hill, which explains the Salem witch trials as an episode of mass psychogenic illness. To get into Maw Maw's character, I read Barry Jean Ancelet's Cajun and Creole Folktales. I also read an incredibly weird old library book my husband had, Voodoo, Devils and the New Invisible World, by Daniel Cohen. On the fiction side, I read The Crucible and Stephen King's awesomely audacious Carrie. I explored the intricacies of plotting in Laura Lippman's well-crafted After I'm Gone and Jennifer duBois' Cartwheel.

You capture so well the challenges of being an adolescent girl, and how you can feel on top of the world one day and then like total scum the next. Do you think these challenges are necessary for women to be prepared in some way for adulthood, or do you think it’s better for young women not to have to struggle?

A little bit of struggle does a body good. It teaches you fortitude and perseverance, all those wondrous traits our teachers and coaches and parents try to convince us are worthwhile while we're slogging through the peaks and valleys of high school. But cruelty, which abounds in high school, isn't necessary. In fact, it's only destructive, teaching us to hate certain things about our true selves from a young age, whether that's our body or our sexuality or our beliefs, or whatever. I also think life in Port Sabine High School is subject to the biggest cruelty of all, and that's extreme poverty. Those kids enter that school every day fighting to get enough — love, recognition, clean air to breathe. It's hard to be nice to each other when you yourself don't feel well cared for.