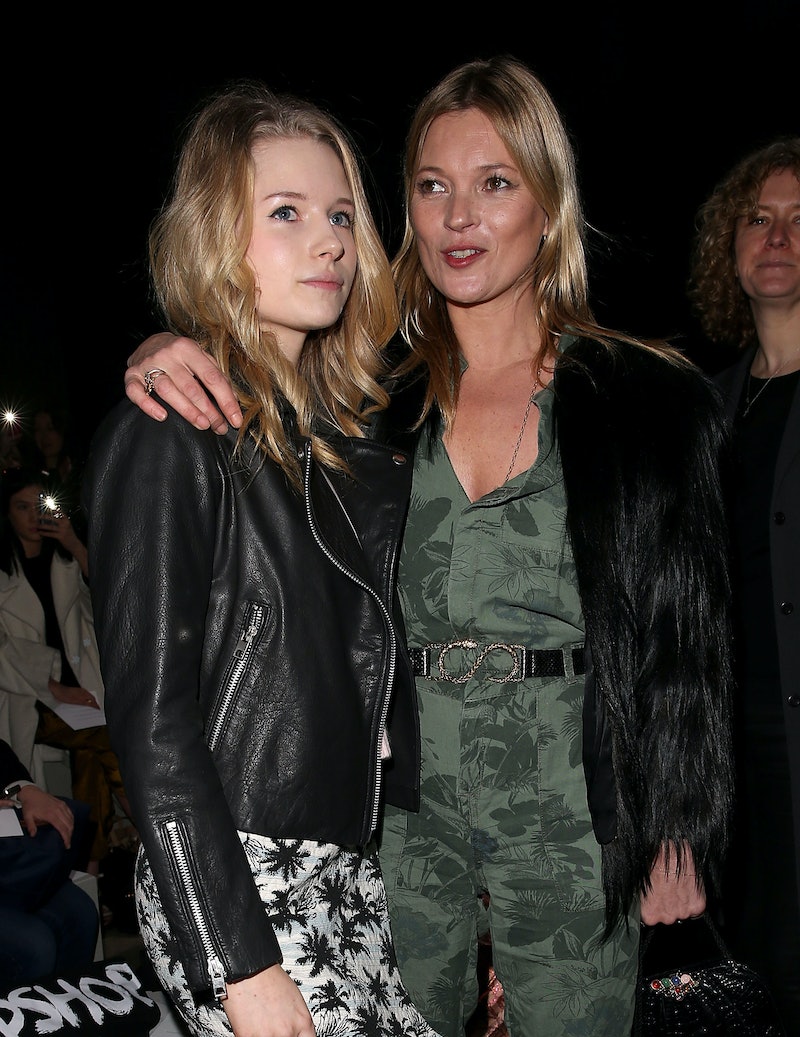 The modeling world is full of siblings, from Cara and and Poppy Delevingne, to current "It" girls Gigi and Bella Hadid, but it looks like there is another model on the rise who also happens to be related to a true fashion icon. Today at Paris Fashion Week, Lottie Moss made her runway debut at Sonia Rykiel's fall 2015 collection and it undoubtedly made her big sister Kate Moss quite proud. Even though this was the 18-year-old's first time strutting down the catwalk, she looked very confident and handled her debut like a total pro — a trait that obviously runs in the Moss family.

Lottie walked down the runway wearing a velvet romper and black boots at Rykiel's show, which was held at the designer's Paris boutique that was designed to look like a library. She was joined by another pair of model sisters, Georgia May and Lizzie Jagger and a lineup that also included the older Hadid sister, Constance Jablonski, and Anna Ewers. Lottie is currently signed with Storm Models, the same agency that discovered Kate. Before making her catwalk debut, she previously appeared in Teen Vogue and in ad campaigns for RED Valentino and Calvin Klein Jeans, again like her supermodel sis.

Check out Lottie Moss making her runway debut at Paris Fashion Week below. Do you think she has what it takes to become a supermodel like Kate?