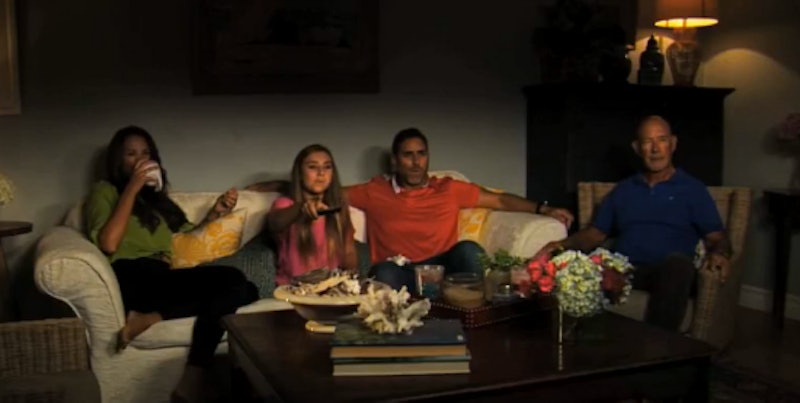 Ever spend your days wondering "Hey, whatever happened to that one kid on Full House who beat Michelle Tanner for the part of Yankee Doodle?" No? Good. You're in good company! But that doesn't mean he's been up to nothing! And now he's making... I guess kind of a comeback? Maybe? A little bit. Basically he's got a new gig, and it's providing commentary on Bravo's new show. Yes, Full House's Derek is starring in The People's Couch .

Blake McIver Ewing — that's his name and no, you're not alone in having absolutely no memory of who he was — is currently working as an R&B singer-songwriter. According to Bravo, its new social show The People's Couch "features plenty of other Americans weighing in with their best quips on the week's best TV shows." Ewing is amongst them.

"What happens if TV watches you," says the Bravo narrator in the promo for the series (and yes, he is still trapped in that wind-tunnel, poor guy). Real people, real reactions, and their real reactions to real television. The series pretty much just sounds like a day at our own houses or scrolling through our twitter feed during primetime, but there's also a chance it could be genuinely hilarious and worthwhile. Image: Bravo