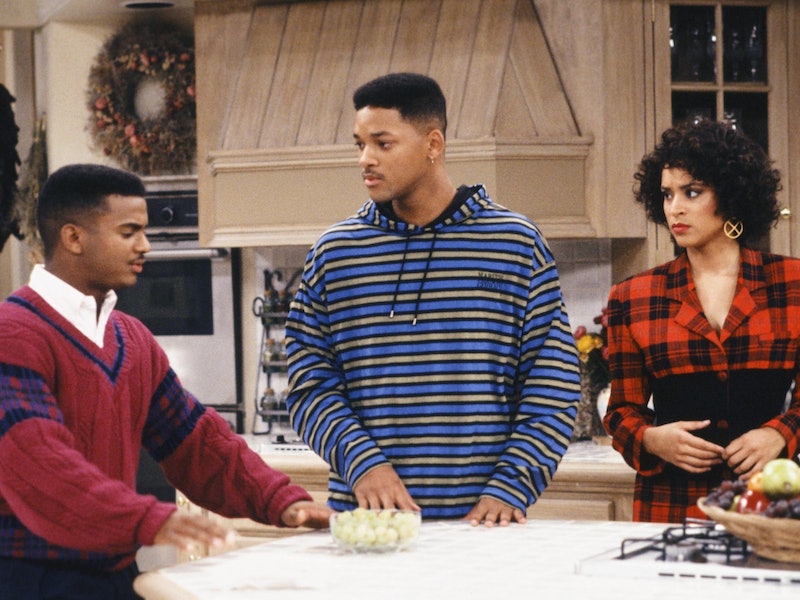 The bulk of what any of us remembers from The Fresh Prince of Bel-Air involves wacky high jinks, fourth wall demolition, and the charming bravado of one Will Smith. Every once in a while, however, the show would take a break from get rich quick schemes and Uncle Phil’s pool hustling acumen and go so far as to tackle a serious issue. Early “issue” episodes of the series tampered generally in the subjects of race and prejudice, exposing the Banks family to incidents of racial intolerance, both from outside and within the household. In fact, Fresh Prince went as far as to tackle issues like sexism, drug and alcohol abuse, and gun violence — teaching us all important lessons in the process.

Episodes like these were sandwiched between those involving Will and Jazz’s efforts to appear on a game show or Carlton enduring Tom Jones hallucination to maintain the levity of the show and to keep the laughs coming. And, every time, the point would land — oftentimes in the form of a big speech, heartfelt scene, or, in one instance, a pretty powerful explosion into tears by Mr. Smith himself. (You remember what I'm talking about.)

Here's a quick look at a few times Fresh Prince had a little more to say than usual.

Episode: Season 1, Episode 6Issue: RacismBasic premise: Will and Carlton are pulled over and arrested while driving Uncle Phil’s business associate’s fancy car.The “big” moment: Carlton, having grown up without experiencing racial profiling, struggled to come to terms with his race being the impetus for the officers’ suspicion.

Episode: Season 2, Episode 8Issue: Body imageBasic premise: Will is resistant to date a girl he has dynamite chemistry with (Queen Latifah, playing her second character on the series) because she is overweight.The “big” moment: Will and Queen Latifah's eyes lock from across the room while both of their noses are stocked with straws, and the former learns that he’s been a shallow jag.

"Home Is Where the Heart Attack Is"

Episode: Season 4, Episode 10Issue: MortalityBasic premise: Uncle Phil has a heart attack after eating a cheeseburger.The “big” moment: Carlton revealing that he can’t visit his father in the hospital because the thought of seeing him in such a vulnerable state would shatter his worldview.

“You’ve Got to Be a Football Hero”

Episode: Season 4, Episode 12Issue: Alcohol abuseBasic premise: Will gets drunk and passes out in a cemetery.The “big” moment: Will is visited by the ghost of a dead child who was killed by a drunk driver.

“Papa’s Got a Brand New Excuse”

Episode: Season 4, Episode 24Issue: Parental neglectBasic premise: Will’s father stops into town briefly before ditching Will once more.The “big” moment: That final scene (you know the one) in which Will breaks down over being rejected once more by his father.

Episode: Season 5, Episode 15Issue: Gun violenceBasic premise: Will gets shot.The “big” moment: Carlton buys a gun for protection, and Will screams at him until he gives it up.

Episode: Season 6, Episode 9/10Issue: Charity workBasic premise: Carlton and Hillary volunteer at a homeless shelter.The “big” moment: A regular volunteer tells Carlton that the task is not just some one-and-done deal, but something you have to commit to consistently to truly make a difference.

Episode: Season 6, Episode 12Issue: SexismBasic premise: Will gets beaten by a female boxer.The “big” moment: The boxer, Helena, teaches Will a lesson about not expecting "less" from women than he does from men.