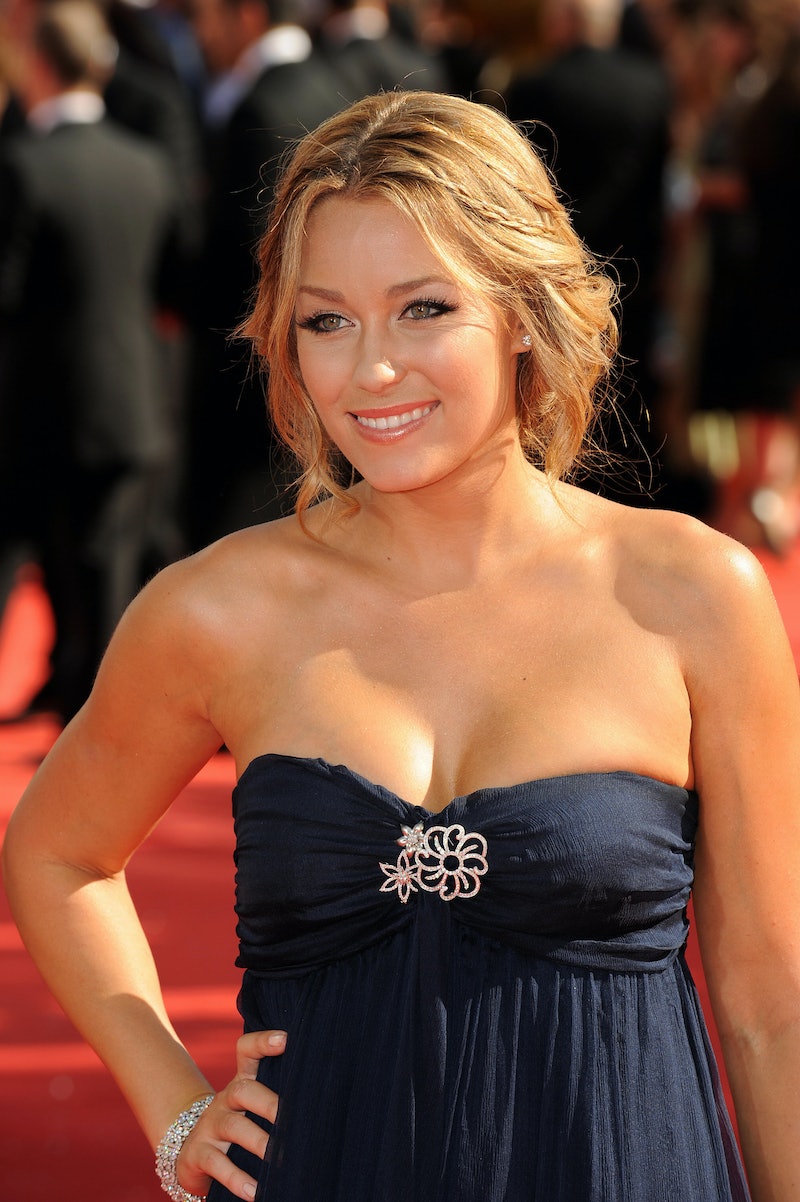 A lot has changed for Lauren Conrad since she first appeared on The Hills. The former reality star turned fashion designer has already proven she's officially a grown up now, and in the April issue of Redbook, Lauren Conrad speaks about her marriage, future kids, and the reason why she thinks we should all be a little nicer to each other.

Having been in a number of rocky relationships that played out publicly, Conrad now seems to be happily married, though she admits her attorney husband William Tell is kind of annoying to watch TV with: "I watch The Good Wife with him, and he's like 'That's incorrect. You would actually do this…' It's a nightmare!" she told Redbook.

Conrad also talked about her experience launching her post-Hills career as the most impossibly nice person to have ever appeared on reality TV. She said,

Over the last few years I've been able to work with several women who I really respected because they didn't take on that role of being a b--ch. They were strong, but they were kind and they didn't need to shout to be heard. A lot of women feel like they need to be tough in order to be taken seriously. We have this idea that kindness is weakness, which I don't think is true.

Conrad has always seemed like a genuinely sweet person, and it's great that she's found a crew of cool ladies she likes working with who mesh with her personality and sensibilities. The need for common politeness, respect, and consideration for others can't be underestimated, but I would argue that "being a b--ch" and being, say, an abusive boss without any regard for others' boundaries or well-being aren't the same thing.

After spending years on reality TV, it's understandable that Conrad probably doesn't want to be yelled at anymore. The point that Conrad misses, though, is that sometimes women have to stand up for themselves in a loud or "tough" way. If you break down the way the word is often used it means is a woman who is loud, decisive, and maybe aggressive — and there's nothing inherently wrong with that.

Conrad is entitled to her preference of what kind of personalities she surrounds herself with, and she's right that kindness is key in any personal or professional relationship, but sometimes this b--chiness she's talking about is a necessity in our world.

More like this
It’s Official: 'The Bachelorette' Is No Longer A Fairy Tale
By Samantha Allen
Everything Jarrette & Iyanna Have Been Up To Since 'Love Is Blind'
By Brad Witter
Indian Matchmaking’s Viral Revealed A Major Clue About Her Relationship With Aashay
By Radhika Menon
Laura Tott From 'First Dates' Married Her Long-Term Mystery Boyfriend
By Darshita Goyal
Get Even More From Bustle — Sign Up For The Newsletter