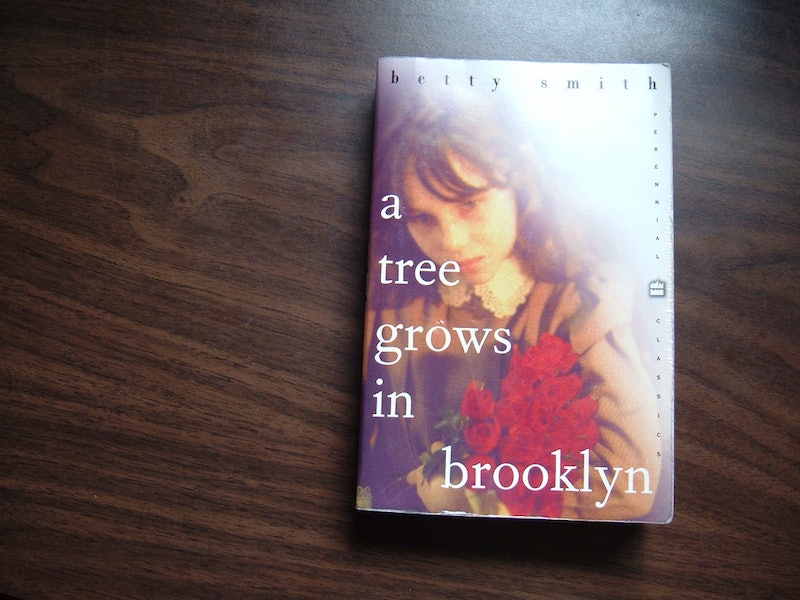 And this, everyone, is why used bookstores are just the best ever. Sarasota resident Samantha Sachs' late grandmother owned a first-edition of the classic Betty Smith novel A Tree Grows in Brooklyn , but when her grandmother passed away, Sachs couldn't find it. And so, in honor of her grandmother, everywhere Sachs went, she would search in used bookstores to find another first-edition copy of the novel. Ultimately, she purchased A Tree Grows in Brooklyn close to home, in the Sarasota family-owned bookstore Brant's Books. Though this copy wasn't her grandmother's, it did help another boy — now a man — connect to his own late family member.

Like many used books, this one had an inscription:

But it was what Sachs found buried in the pages of A Tree Grows in Brooklyn — likely being used as a bookmark — was a drawing, also dated 1946 and marked, "Received in Rochester, Minnesota, 31 January 1946. Johny’s first letter to me." It was a letter from Luis Passalacqua's son.

Lt. Col. Passalacqua was a thoracic surgeon during World War II and was born in Coamo, Puerto Rico, Sachs learned. And just a sign that this was a massive moment of serendipity, Sachs and Passalacqua share the same birthday — though the latter's was back in 1898.

In her research, Sachs learned that Luis's son Johny had sadly passed away — but he did have another living son, Johny's older brother, named Luis after his dad. He, too, was a member of the armed forces. Luis A. Passalacqua Jr. enlisted in the U.S. Army in March of 1945 at Ft. McPherson in Atlanta, Georgia, a year before the inscription and letter within A Tree Grows in Brooklyn.

And excuse me, my neighbors must either be cutting onions or there is some pollen infiltration of my apartment, because this is the weepy part of the story. Sachs, through the power of the Internet, managed to get in touch with Luis Jr.'s daughter-in-law. And get this: A flood destroyed most of the family's books, documents, and personal letters. Essentially, Sachs had in her hand one of the last remaining handwritten relics of the family. Sachs shipped her used copy, his father's copy, of A Tree Grows in Brooklyn to Luis Jr. immediately. And then she got to talk to him:

The book was delivered last Tuesday and just this morning I received a phone call from Mr. Passalacqua himself. We spoke for nearly an hour. At 89 years old, he has many stories to tell—and a sharp wit to boot! It was beyond gratifying to finally hear his voice and listen to him speak about his family, his life and his Welsh Corgi mix named Topaz. We will definitely be keeping in touch. He told me to come to Puerto Rico and visit him anytime. I am really going to try to make that happen this year.

OK, now my eyes are getting blurry. BOOKS, right?

Interestingly, NPR did a story last December on books soldiers read during their time overseas for World War II, and A Tree Grows in Brooklyn was one of the most popular.

This book made them think of home. Men who never set foot in Brooklyn wrote to Betty Smith ... to say that they felt like they were reading about their hometown.

And one of those men wrote a letter to Betty Smith, describing what the book meant to him:

He talks about how he went around for two years with a dead heart, and he was hospitalized with malaria. He asked a nurse for a book because he was bored and had nothing else to do. She happened to give him a copy of A Tree Grows in Brooklyn, and the book just changed his entire outlook. It made him laugh, it made him cry. And he said even though a battle-hardened Marine usually doesn't cry, he was proud of his tears because it proved that he was human again. He closed the letter saying that he didn't think he'd be able to sleep through the night if he hadn't thanked the woman who caused him to live again.

Well frankly, I just can't see at all anymore. It's incredible to see a physical example of how books can bind us together in times of war and in times of joy.