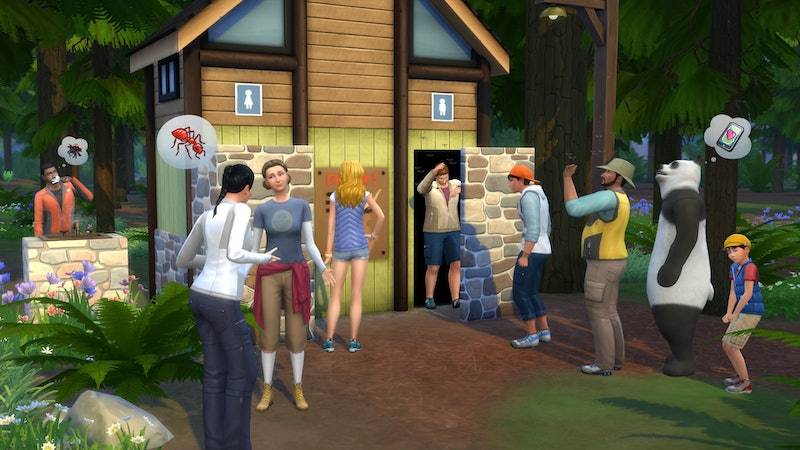 The ravenously popular The Sims has proven that, yeah, real life is overrated. The beauty of virtual reality is that you can live out the life of your dreams, and there's no better portal for that than Sim-land. On Tuesday, owner Maxis released an infographic on The Sims 4 illustrating just how obsessed Sims players have been since its September 2014 release (the long-running game series' first edition came out in 2000) — including figures on gameplay hours, how many Sims have been created in total (how did Maxis know that? Sims Big Brother?!) and other wonderfully indulgent Sims-related statistics.

If you're not familiar with The Sims, it's time to address that. Here's what you're missing out on: a life simulation video game series that lets you create a "Sim" — a tiny virtual person with dreams, needs, desires, and bizarre dance moves — and force he or she to live life to the fullest, including all the big milestones: birth, school, career, marriage, family, and drowning your Sims in ladderless pools.

Before we jump into the numbers on the infographic, here are some other figures that will help give you some context to the game's phenomenon status: Just four days after its launch, The Sims 4 — the fourth generation of the game — sold 408,150 copies worldwide. In two months, the game sold more than 1.10 million copies worldwide. And in just six months, the game's players have logged more hours than a decamillenium — that's 10,000 years.

Seriously. Here are all the crazy figures.

And here's the entire infographic: