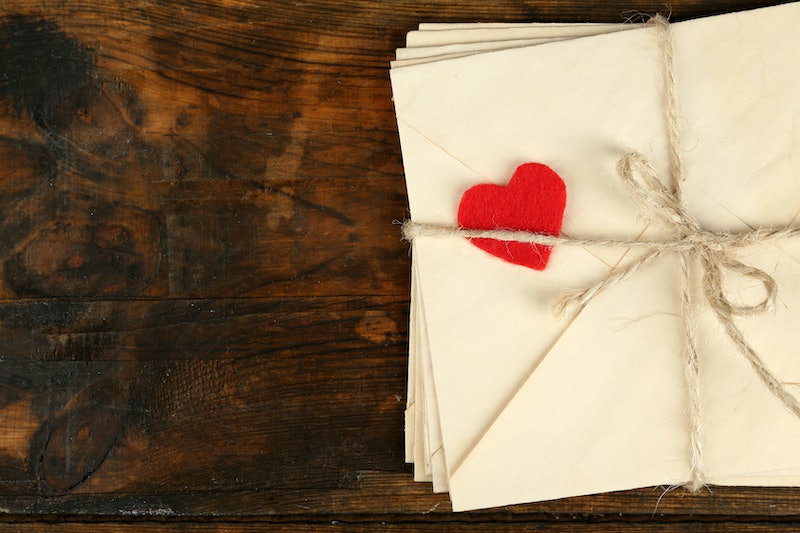 Earlier today, Redditor jacksoncasimiro — who, by the way, is still in high school, so just bear that in mind — posted a series of as-yet-unopened letters his girlfriend just gave him. She apparently belongs to the Church of Latter Day Saints and just left for her mission trip; he, however, is a little younger than she is and doesn't practice Mormonism. He's still got a few months to go before he graduates high school, and then he's off to college. To help cope with the fact that they're going both long-distance and low-communication for a pretty considerable amount of time, though, she put together that set of letters — 16 of them, to be precise — along with instructions about when Jackson meant to open them. Some of the letters are intended to match up with actual events, like his 18th birthday; others are for moments when he might be feeling kind of low: When he's stressed because of finals, when he needs to smile, when he's had a bad day, and so on.

Before we go any further, though, we have to talk about the elephant in the room. This is meant to be a post about long-distance relationships, not about religion; however, it's kind of hard to ignore the fact that a lot of the commenters on Reddit latched onto the fact that the distance is due to her LDS mission trip — and they weren't exactly kind about it. To be fair, yes, the couple in question here are both incredibly young; they're both likely going to change dramatically over the next few years, and for her, a lot of those changes might come as a result of her mission. Furthermore, if you're not a Mormon (which, by the way, I am not, nor never have been)? Well, the tendency is to make fun of it at best and belittle it to the face of the people who practice it (or who are thinking of converting to it, as Jackson is) at worst.

But strip away everything but the letters themselves for moment. Get rid of everything you know from what Jackson told us, and everything you think you know, but can't know for certain without being a main player in the situation. Regardless as to how you feel about Mormonism, step back and look at those 16 letters for what they are. What are they? Simple: They're a pretty fabulous thing to do for someone you care about when you know you're not going to be able to see them or speak to them for a long time. A lot of thought, effort, and time clearly went into the project, and almost more important than the letters themselves is what they represent: They're a way to be there during the big moments when you can't actually be there. And that? That's a lesson we could all take to heart, no matter how old or young we might be. That's how you do a long-distance relationship — whether it's a romantic one, a platonic one, or any one of the countless other types of human relationships we have with each other.

Given that they're so young, I'll admit that I think it's highly likely they'll break up eventually (and if they don't, I will humbly eat my words). But that aside, I can only hope that everyone out there has someone to whom they can show this level of care — and from whom they can receive it right back. And even if it doesn't work out for these two teenaged lovebirds in the end, I think this comment put it best:

Check out the full Imgur album below.