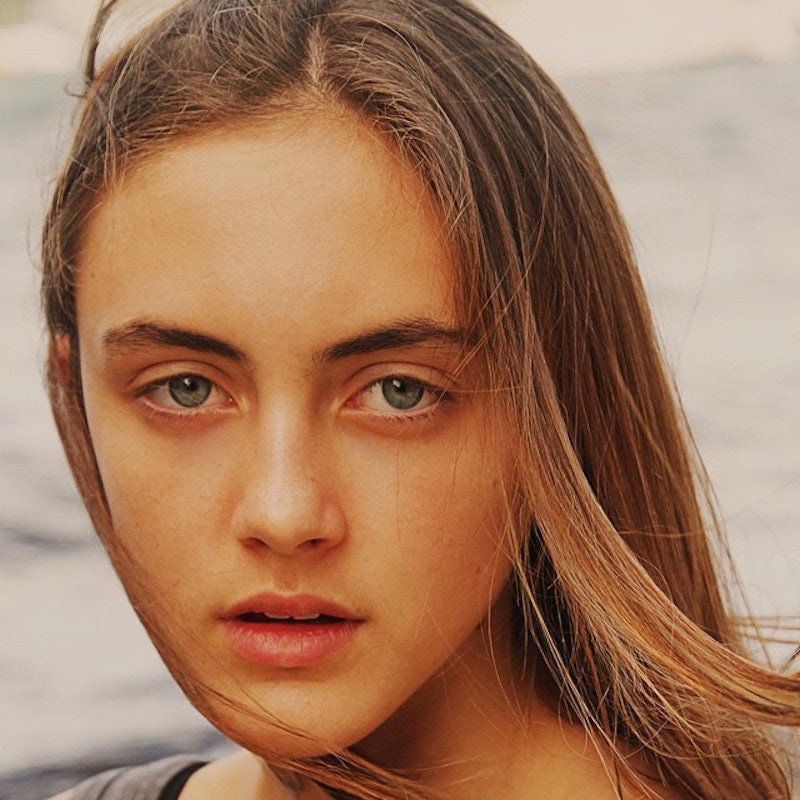 I remember the first time I went to an open casting call for a modeling agency. Thinking back on it, it makes me realize how much I would've loved to have the chance to hashtag one of my pictures on social media and get noticed. That's exactly what's happening with up-and-coming models nowadays. According to Fashionista, Modeling agency IMG, has been scouting new models via Instagram through the hashtag #WLYG. Since their launch in December, their Instagram account "We Love Your Genes" is dedicated to scouting new talent all over the world in hopes of signing a lucky few to the agency and develop the models from a young age.

With the power of the Internet, snapshots can be seen by anyone from anywhere in the world, and because of this, so many new faces have been scouted for established brands. Simone Holtznagel was recently discovered on Instagram for Guess' past campaign, while Marc Jacobs's fall 2014 and spring 2015 campaigns aimed to find new talent off of the social platform.

So, this is how it works: IMG basically scours through tons of pictures with the dedicated WLYG hastag in hopes to find their next supermodels. The process is actually quite simple. Similar to an actual casting, scouts will search potential model submissions and then go over their measurements and find out where they are from. Instead of having them show up at their front door, the Internet acts as an open casting call to any aspiring model anywhere. So far, according to Fashionista, "IMG has signed four girls through WLYG: Andrea Van der Westhuizen from South Africa, Stella Everett from Sydney, Bronwyn Fisher from Germany and Gina Pacak from Pittsburgh." Jeni Rose, the agency's vice president of scouting, said that, as of last Friday, her team was in the process of signing five more, and was speaking to somewhere between 30 and 70 others." Amazing? Amazing.

Of course it doesn't come a surprise that it takes the agency a lot of work to find their hidden gems through all the Instagram photos. Fashionista explains that IMG's hashtag "has been used more than 101,300 times since it launched in mid-December." No matter how many submissions have been sent, IMG has been on top of it and has even hired a "dedicated digital scout, Isabelle Lindblom, to work on the program." Now that's some serious business.

And while many of the new faces are young, "We Love Your Genes" is firm on making sure that their budding future supermodels are completing their education. Rose says, "We want everyone to understand that modeling, until they finish high school, is a hobby. We're really strict about that, just because it's important for the girls to understand. [They] need to concentrate on being a great student, so they can get time off [to model] because their grades are so good." Brains and beauty? I'm really all for this.

I mean it makes total sense for agencies to scout this way now, but how I wish they would've done this sooner. IMG seems to move the casting process in a new light, so I wonder if any other modeling agencies will follow. For all those hopeful models out there, you never know what could happen from merely posting a sunlit selfie you took in the morning. Keep your selfie game strong and werk!

More like this
TikTok Is Using A ‘Love Island’ Sound To Expose Their Weird Crushes
By Courtney Young
Using Your Pet’s Name As A Password? Here’s Why You Might Want To Change It
By Cristina Sanza
Why Can’t I Go Live On Instagram?
By Emma Carey
How To Add Music To An Instagram Post
By Emma Carey
Get Even More From Bustle — Sign Up For The Newsletter