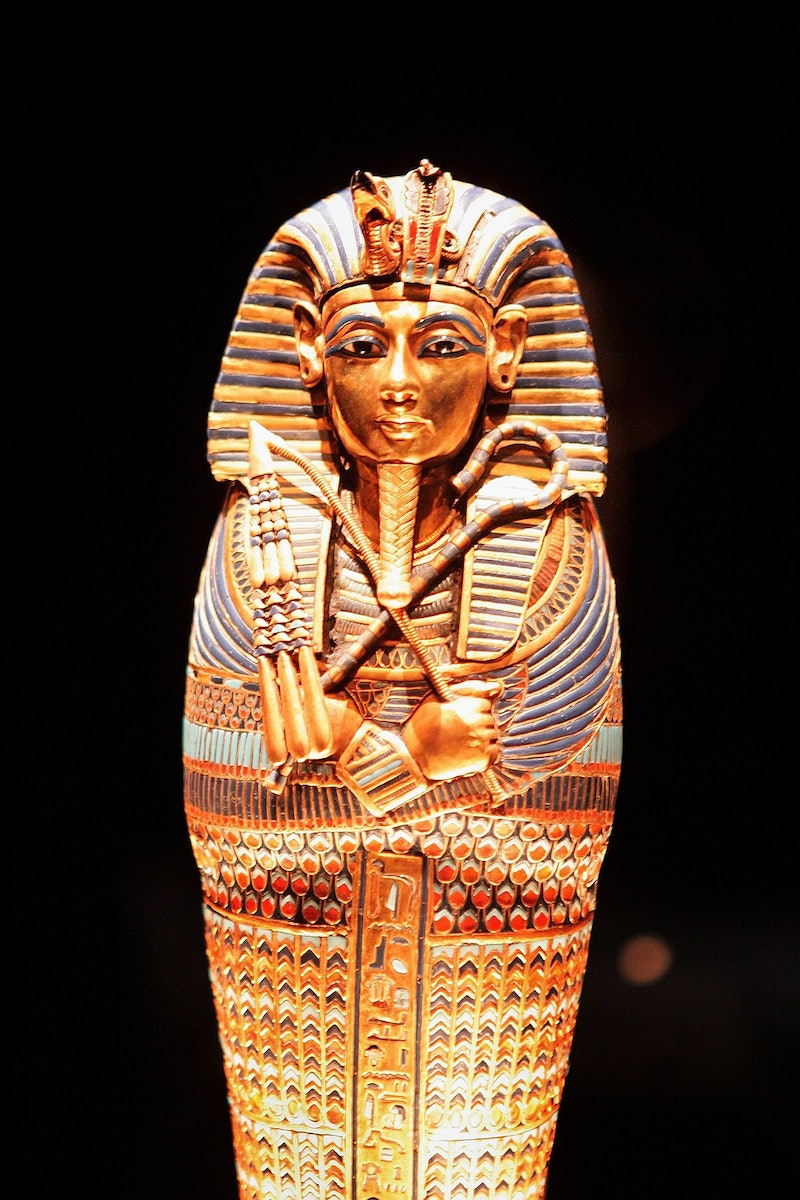 If concern for your progeny isn't enough for you to take a stance on climate change, then perhaps concern for your ancestors will do the trick. According to the latest research on the damaging effects of global warming, climate change is causing the world's oldest mummies to turn into black ooze. Yummy. And before you attribute this delectable detail to spontaneous degradation, or something like that, researchers from Harvard University have suggested that this alarming new development can be attributed to microbes that flourish in increasingly humid climates, which are in turn brought on by rising global temperatures. So not only is climate change ruining the planet for our future, it's also ruining it for history.

The famous Chinchorro mummies, the oldest in the world, have been around for over 7,000 years. But after having "survived" millenia in relatively good condition — as good as you can be while more or less ossified — the Chinchorros are falling victim to the most dangerous culprit of all. Global warming, scientists say, has created conditions that have accelerated the mummies' decay, and for now, there seems to be no real solution to the problem. Whereas the mummies previously relied on the arid conditions of Arica, Chile to maintain their state of preservation, rapidly increasing humidity levels are leading to their rather frightening decay. The mummies, colloquially speaking, are melting.

The Chinchorro people, hunter-gatherers who lived several thousand years ago, were the first known group to mummify their dead, first beginning the practice a thousand years before the ancient Egyptians began embalming their deceased. The process the Chinchorros used depended upon filling the bodies with fiber and straw, and much of their success can actually be attributed to the extremely arid conditions of the Atacama Desert, located near the city of Arica. But in the last ten years, the formerly dry area has seen water levels in the air increase rather drastically, at least by mummies' standards. Ralph Mitchell, a microbiologist and professor emeritus at Harvard, has worked with a Chilean team to determine what was causing the mummies' deterioration and told The Washington Post, "Our colleagues in northern Chile say it’s terribly obvious that the place is foggy a lot more than it ever was." And this is boding very poorly for the Chinchorros of millenia past.

In order to test the effects of humidity on flesh, scientists initially adjusted levels of humidity and observed how pig's skin reacted, so as to preserve as much mummy material as possible. After just three weeks, the team found that the skin began to degrade in humid conditions — microflora, naturally occurring bacteria that live on skin, became active once the right humidity levels were reached, and began to feast on the decaying flesh, causing the mummies to secrete, well, mummy juice. According to Mitchell, these "opportunist" bacteria thrive "as soon as the right temperature and right moisture appeared, [and] they start to use the skin as nutrients." And unless these mummies are kept in environments that remain between 40 and 60 percent humidity, "the native microorganisms are going to chew these guys right up."

While these precise humidity levels can be maintained in a carefully monitored, climate-controlled museum facility where some of these mummies are housed, those that still remain in the desert (and there are many), do not have the same luxury, and may soon fall victim to the effects of rising global temperatures. "In the last 10 years, the process has accelerated," Marcela Sepulveda, an archaeology professor at the University of Tarapacá, told Harvard University researchers, referring to both the temperature rise and the oozing of the mummies.

The decay of the Chinchorro mummies is yet another unintended and somewhat surprising effect of climate change, and is just the latest in a series of historical artifacts to be damaged by changing conditions across the world. According to the U.S. Agency for International Development, several important pieces of history, including key historical sites, may be adversely affected by extreme man-made fluctuations in the climate. Said the agency, "Buildings in the rare medieval city of Leh in Ladakh, India, were constructed in a high altitude desert environment and are ill suited to current increases in precipitation."

The magazine Archaeology also noted the impact of rising temperatures on kurgans, the frozen tombs of Scythian warlords, who lived and ruled in the first millennium B.C. Now, as it becomes warmer, the state of permafrost that has long preserved these burial grounds containing "wood, sacrificed horses, leather, cloth, silk, metal and gold items, and in some cases extremely well-preserved, beautifully tattooed bodies" is deteriorating, along with the contents it has kept safe for thousands of years. Mitchell also notes, "Historic marbles in the outdoor environment are at risk from climate change," demonstrating yet another resource humans may lose thanks to global warming.

Photos of polar bears balancing precariously on too-small pieces of ice have long been the face of the climate change campaign, but if activists are in need for a new "spokesperson," the Chinchorro mummies and their black ooze may be an interesting change of pace. Because if you can't use cute to convince people to take action against global warming, maybe you can gross them into doing so.

More like this
The 6 Best Balaclavas To Keep Your Face, Head & Neck Comfortably Warm
By Jenny White
How To See The Lunar Eclipse On May 15-16, 2022
By Kaitlyn Wylde
Michael & Kathleen Peterson’s House From ‘The Staircase’ Has New Owners
By Kadin Burnett and Kayla Blanton
30 Expensive Mistakes You Don't Realize You're Making With Your Car
By Claire Epting
Get Even More From Bustle — Sign Up For The Newsletter