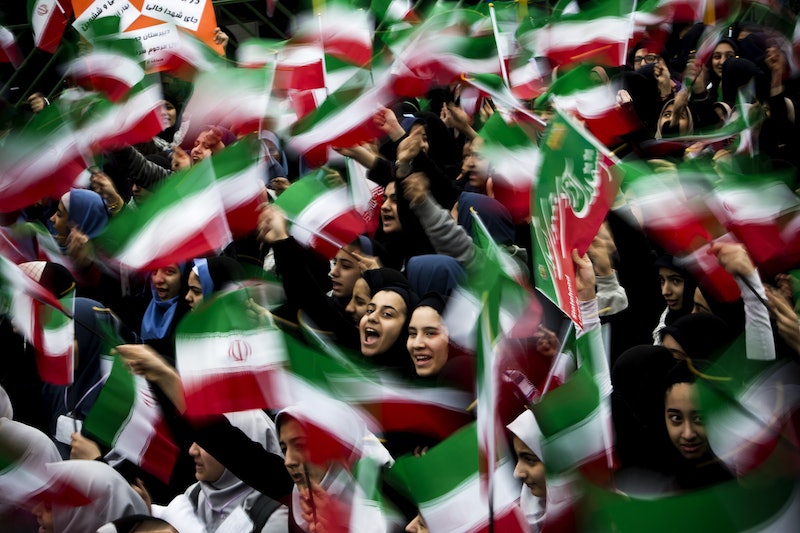 This week, 47 Republicans signed an open letter to "The Leaders of the Islamic Republic of Iran," reminding Iran that any nuclear deal enacted by the current administration could be temporary. Meanwhile, seven Republican senators dissented, not signing the Iran letter — and by doing so, they made sure not to bypass the State Department and not to inappropriately meddle in foreign policy. These politicians aren't not convinced of the Iran letter's practicality —instead, they're focusing on what the right role of Congress should be and how that should be achieved.

The Republicans abstaining from signing the Iran letter are Lisa Murkowski, Jeff Flake, Daniel Coats, Susan Collins, Thad Cochran, Bob Corker, and Lamar Alexander. Perhaps one of the most notable absent signatures was Corker, the Senate Foreign Relations Committee Chairman — that's a big one to miss. And Corker's not shy about why he's a Republican not supporting the Iran letter, saying to The Daily Beast:

I didn’t think it was going to further our efforts to get to a place where Congress would play the appropriate role that it should on Iran.

In an interview with NPR, Sen. Flake responded about not signing the Iran letter.

I said negotiations are tough enough here and I didn't think it was appropriate to add another element that makes it more difficult.

I don't think that efforts like this help those negotiations, but I do think that Congress has a role to play and will have a role once this agreement - hopefully, if it is going to come forth - once it is signed.

The word "appropriate" is important. Republicans have legitimate concerns about the nature of congressional involvement, but there are appropriate times and channels to express this. What we saw this week was not one of them.

Sen. Susan Collins offered a unique take on Iran to Politico — the letter should have been addressed to someone else.

It’s more appropriate for members of the Senate to give advice to the president, to Secretary Kerry and to the negotiators ... I don’t think that the ayatollah [Iran's leader] is going to be particularly convinced by a letter from members of the Senate, even one signed by a number of my distinguished and high ranking colleagues.

The U.S. has skilled negotiators engaging in talks with Iran; these are the people Republicans should express their apprehensions to. This point was also mirrored by the Iranian Foreign Minister Javad Zarif, who said in a released statement that "governments represent the entirety of their respective states, are responsible for the conduct of foreign affairs." This is true. Regardless of whether members of the GOP like the deal or not, it's the responsibility for the executive to represent the nation without misguided interference from dissenting political factions.

These seven senators represent a rational approach to GOP foreign policy, standing as the voice of reason among the right as the U.S. navigates a nuclear negotiations with Iran. Even if they don't directly support a deal, they are supporting the executive in its role to make a deal. This is the right move on their part.

Practically speaking, a letter to Iran isn't going to fix any apprehensions to a treaty without any congressional input. This is a domestic structural dispute, not a foreign one. If Republicans wanted to send a more meaningful letter, it should have been addressed to the President's desk or the Department of State, not to Tehran.