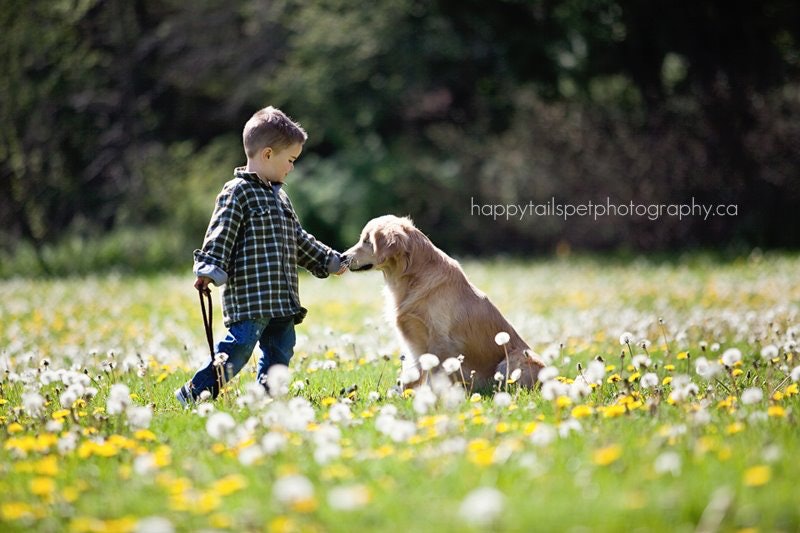 You guys. Stop what you're doing and pay attention to this, the most important thing you're going to see on the internet today. (Yes, I've already looked at the ENTIRE INTERNET today, and this is the best thing we've got.) This golden retriever therapy dog name Smiley. Smiley, born with no eyes was raised on a puppy mill. Professional dog trainer Joanne found him, eye sockets having been sewn shut to prevent possible infection. To be real, that sounds straight out of a horror film so it's even more awesome how he pulls off his friendly, lovelable 'tude. Joanne and Smiley formed a human-canine BFFship when she adopted him. Now he lends his sweetness out in a professional way as a trained therapy dog. He works with people struggling with a range of mental and physically disabilities, spreading stupid amounts of joy with his effusive nature.

Photographer Stacey Morrison, who did a shoot with Smiley, says of the pooch: "...as I quickly learned, when he’s running towards you, he doesn’t know when to stop! But otherwise he gets along just fine." She also said he seems to genuinely love being around people. Apparently he occasionally crashes into people and furniture since, well, he can't see—but look at his grin! How could you ever sustain any sort of negative feelings aimed at that endearing little face? DID YOU SEE HIS GRIN?

That is one serene pup. I want him in my life every day, please.