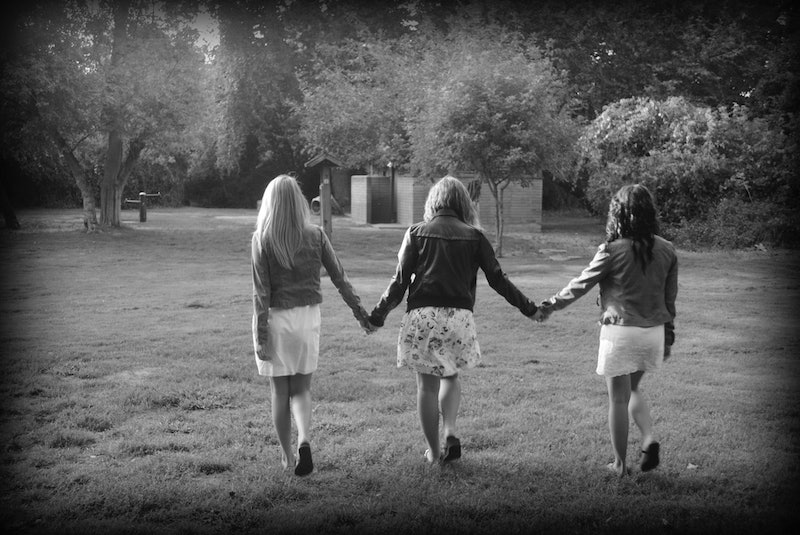 Teenagers get a bad wrap in our society, but as the spoken word poem "For Teenage Girls" by Clementine von Radics points out, teen girls can actually be amazing. The poem, which von Radics performed at the February 2015 Soap Boxing Poetry Slam in St. Paul, Minnesota, carries an awesome message — one teenage girls everywhere deserve to hear. For that matter, everyone everywhere should hear it. It highlights some amazing teens, both from history and in the present, proving that anyone is capable of doing great things — no matter what their age or gender might be.

I've never fully understood all the mockery that gets heaped on teenage girls. Teenage boys rarely seem to have their interests and hobbies demeaned in the same way. Instead, many industries, from comic books to video games actively cater to teenage boys as a "core demographic," a group whose interests and expectations and desires are valid and worth catering towards. Even the world of blockbuster Hollywood films cares about the interests of boys and men over those of girls and women, despite the fact that women go to see more movies each year; as Cate Blanchett pointed out in her Oscar speech last year, films about and for women and girls are still considered "niche" while films about men are seen as normal.

In the midst of all this, maybe it isn't surprising that things that appeal primarily to teenage girls, from Twilight to shows on the CW, are routinely the butt of jokes in larger culture. But it still doesn't make a whole lot of sense. I mean, why all the hate for teenage girls, really? Do people somehow think there's a higher percentage of objectionable people in the teenage girl demographic than in, say, every other segment of the population?

Well, whatever the reasons for the stereotypes, the truth is that plenty of teenage girls have done amazing things and been amazing people. Here are four examples just from von Radics's poem; scroll down to watch the video of her performance. It's definitely worth it.

Anne Frank was only 13 when she and her family went into hiding from the Nazis and she wrote her now world-famous diary that has inspired the world for generations.

Malala Yousafzi was not only campaigning for the right of young girls to have education in her native Pakistan as a teenager, but she was shot by the Taliban on her own school bus for speaking out — and went on to speak at the United Nations and receive a Nobel Prize. She is still only 17.

Joan of Arc was still a teenage girl when she took up a sword and suit of armor to protect her native France.

Jackie Mitchell was a professional baseball pitcher who was only 17 when she struck out both Babe Ruth... and Lou Gehrig... back to back. How impressive is that?

And if you're still not feeling how awesome all of this is, check out von Radics's poem "For Teenage Girls."

More like this
The 'Hocus Pocus' Sequel Finally Has A Release Date & It Makes Total Sense
By Shannon Barbour and Radhika Menon
Sandra Bullock, Girlboss Extraordinaire
By Matt Harkins & Viviana Olen
How To Fight For Reproductive Rights, Based On How Much Time You Have
By Courtney Young
Starbucks’ Chocolate Cream Cold Brew Tastes Like This Retro Candy
By Emma Garza
Get Even More From Bustle — Sign Up For The Newsletter