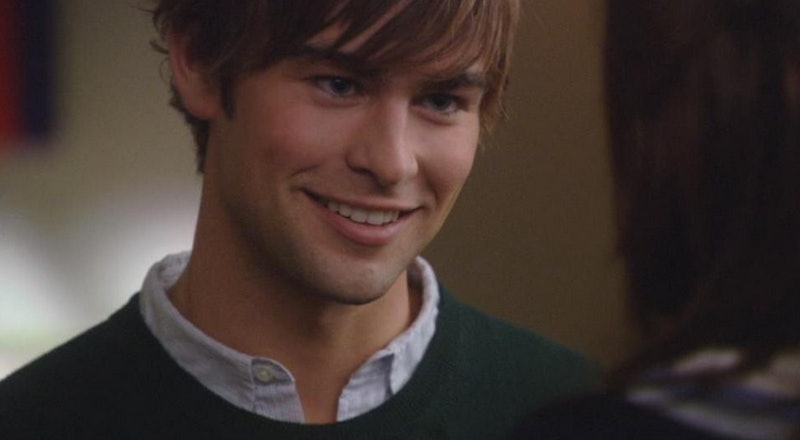 There's no doubt that Gossip Girl was, for a time, one of the most iconic teen shows out there. It was a full-blown phenomenon, and every single one of the dreamy young actors at its core almost instantly found themselves in the undeniably strange position of being heartthrobs for the younger generation. Among them was Chace Crawford, who played Gossip Girl 's doofy but beautiful Nate Archibald. Now Crawford's officially carving out a new era for himself on television: He's been cast in ABC pilot Boom .

Boom is a drama pilot centered around oil, and a young couple looking to exploit that oil. If that's not an all-American story for an all-American face then what is? Here's Deadline's description:

Boom examines the biggest oil discovery in American history which has triggered a geopolitical shift and an economic boom in North Dakota on a scale not seen since the 1849 California Gold Rush. The show tracks the epic pilgrimage of a young, ambitious couple, Billy (Crawford) and Kelly, to the oil fields of the Bakken seeking their fortune and a better life. Handsome and ambitious, with moxie and savvy to burn, Billy is a born hustler who trusts to his luck and his quick wits. After a road accident leaves him and Kelly stranded on foot, broke and heavily in debt, he gets wind of a big deal, and moves fast to secure an impregnable position for himself — but in so doing, he’s betting his life.

This is certainly a big move for the actor. He's been bopping around Hollywood and hasn't been completely without his starring vehicles, but this is primetime TV on the same network that hosts Shonda Rhimes. If this goes well, it could go really well for his career. So here are the emotional stages Nate Archibald is going through right now as he grapples with this.

Excitement At Getting To Play A Hustler

Sure, it's his real-life actor and not the character who'll be living on as a hustler, but Nate Archibald wishes he had this game.

Disappointment That He's Not Coming Along For the Ride

Sorry Nate, this is Crawford's time to shine.

Jealousy That This Character Gets "Ambition" And "Moxie"

You were pretty, Nate, but you were kind of a wanderer.

Eventually jealousy gives way to pride in his former embodier.

Crawford can never escape you, Nate.

They were glorious bangs, it must be said.

Longing For His Old Squad

They've all scattered to the wind. Chances of this segueing into a Gossip Girl reunion seem slim to none, sadly.