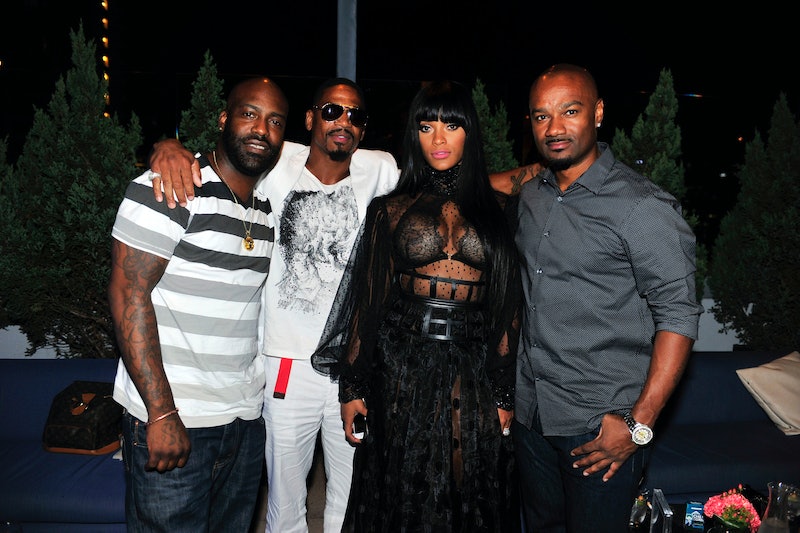 Someone is finally spilling the beans about what fans probably suspected for quite some time: A cast member on Love & Hip Hop: Atlanta has opened up about how "real" this show is, and it looks like the answer is... not at all. While testifying under oath, series star Joseline Hernandez said that Love & Hip Hop: Atlanta sticks to a script, which means that this "reality show" could actually be anything but real. Hernandez, who is being sued by her former cast mate Althea Eaten for allegedly beating Eaton up at a reunion show, said that there is "a lot of acting on reality TV" in general, and that her own show is no exception. Sorry reality TV fans — someone had to burst your bubble eventually.

Love & Hip Hop: Atlanta is hardly the first show to be debunked, though. Lots of former cast members on reality shows claim that their TV series isn't exactly as unscripted as it claims to be. Even the shows that don't have their cast stick to a specific script or outline can manipulate stories through editing or clever tricks of the camera. We can't always believe what's on the screen, and here are three shows that we should definitely be wary of.

As if the ending didn't give away enough about the fake-ness of this "reality" show, cast member Kristin Cavallari went on Watch What Happens Live and basically spilled the beans about the series, saying that essentially everything we loved about the show was fake — from the make out sessions to the epic fights.

Who knew that your mom's favorite HGTV show was built on a pack of lies? According to a former participant, the house that she selected of the three she shopped for was actually purchased by her before taping House Hunters. The other two homes that the family looked at belonged to her friends. But don't worry — it's not always fake. Apparently the only reason this situation occurred was because the realtors in the area wouldn't allow cameras inside the homes they listed in the woman's neighborhood.

Remember this MTV show that allowed parents to send their kids on dates in order to have them dump their awful significant other? According to this Reddit user who claims to be a former participant on the show, the whole thing is a sham: The man claims that he was paid $250 a day to play the deadbeat boyfriend role and wasn't dating his co-star in real life.

It shouldn't be a surprise that another MTV show is on this list. According to a Reddit user who claims the series filmed at his school, Made is also a sham. The "wannabe surfer" from his school already knew how to surf, and the producers asked kids to say specific things to the camera. But hey, at least it's entertaining, right?