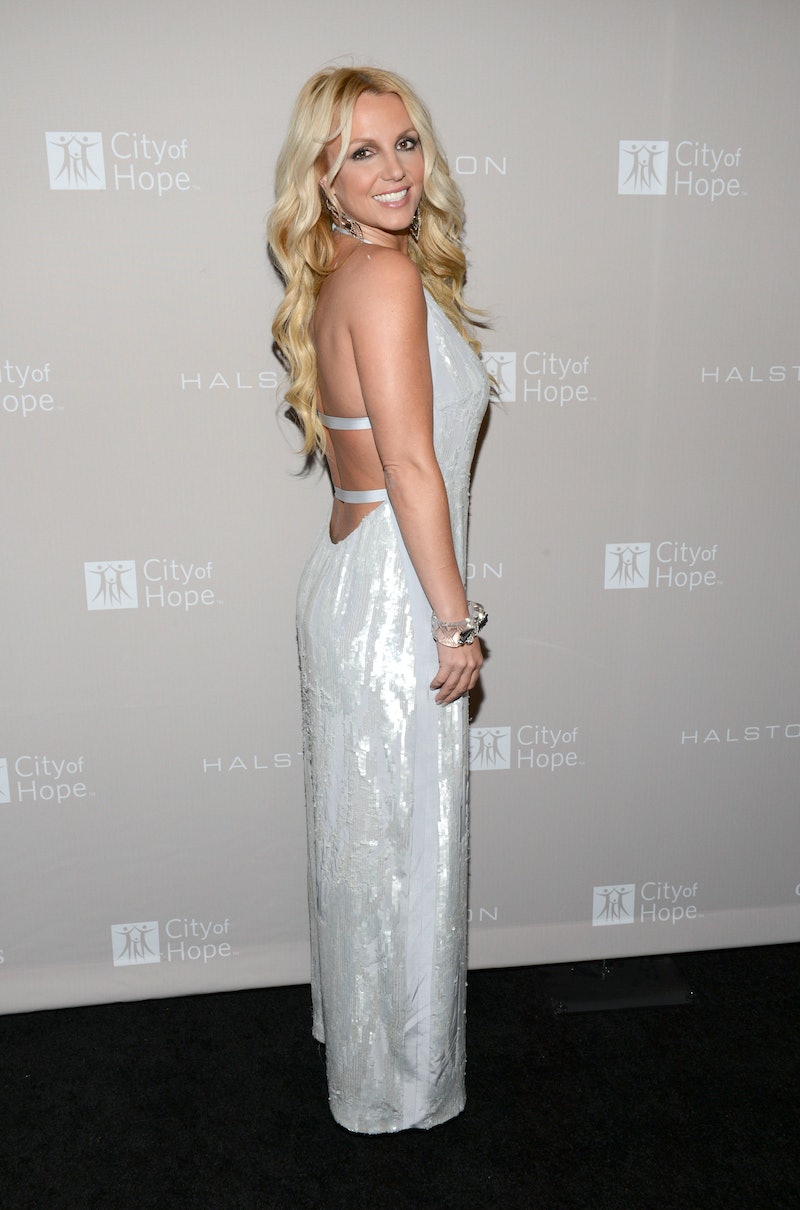 Remember when Jennifer Lawrence bitched out her fat-shaming haters? It might be about time for pop stars to start doing the very same thing — especially Britney Spears. The highly controversial effects of excessive Photoshop use can be seen all over everything churned out of the Hollywood machine, including music videos, apparently. Because Spears appears to have been digitally "slimmed down" in her "Work B***h" video. Which really sucks because the pop princess and mother of two is actually in bad-ass shape.

Spears has been accused of image-fraud in her music videos before, but we've never seen any kind of proof until now. Stills released by the visual effects studio that worked on the video, HOAX films, show the singer looking slightly trimmer in the waist and thigh areas when compared side by side. (Apparently that's what production companies mean when they claim to "clean-up" videos.) But why even bother? The pop star has been parading around an impressive bikini bod for weeks now and she looks damn good. So why risk the media firestorm for the sake of whittling a few inches here and there?

For every "Nothing tastes as good as skinny feels," and "thinspo" hashtags and tumblrs dedicated to the epic willowy-ness of models and celebrities, there's at least one user pushing "healthy not skinny," "healthy is the new skinny," and "fitspo" as a superior lifestyle. If that's the case, why does Hollywood still feel the need to slim Mariah Carey's waist down to what looks like a miniscule 23 inches in every promotional shot/album cover she's ever released? Just see Carey's 1999 album cover, Rainbow.

So go ahead, music industry: Go even further to ensure that people equate success with how low your number on the scale is by messing with the aspect ratios of music videos and pre-recorded performances so that pop stars appear more svelte. C'mon people.

We can all understand the struggle of wanting a slimmer waist and more toned thighs (I've spent countless hours at the gym doing squats and oblique exercises), but what's wrong with this picture (pun intended) is that Spears and Carey already have these. They put the work into their bodies and it shows, because they look really great. Airbrushing and editing them beyond the bodies they've made conscious choices to craft is just discrediting them. It's pathetic, considering that the two pop stars are multi-platinum artists with careers spanning over a decade. And that has nothing to do with the figures on their scales.