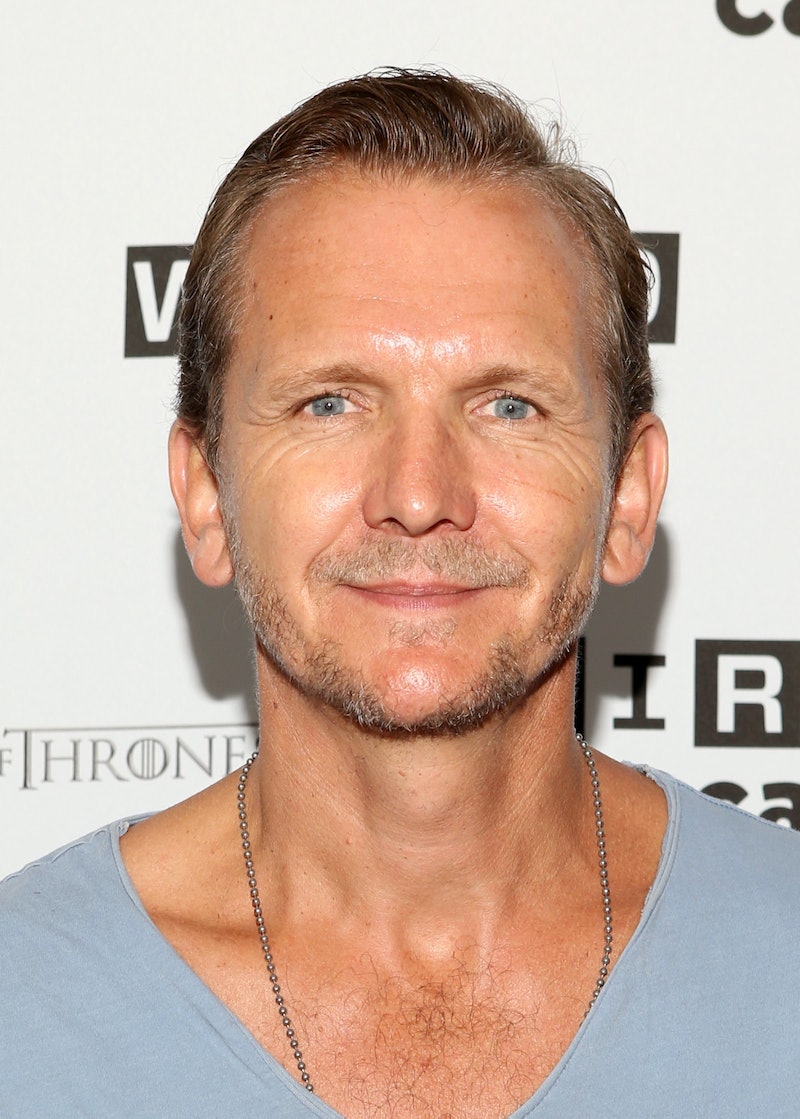 Storybrooke is welcoming another familiar name to town when King Stefan, played by Sebastian Roché, joins the Once Upon a Time cast. The show is finally bringing Aurora's father into play, who you should remember from Sleeping Beauty, as well as Maleficent, in which he played a large role. We'll first meet his OUAT iteration during Sunday's episode, and the veteran actor playing the King is perfectly suited for the part. You probably can't help but notice that Roché, who has been in a peppering of almost every fantasy/sci-fi show ever created, is about as familiar as the character he's playing. So let's get to know both of them a little better.

First, in Sleeping Beauty, King Stefan is the ruler of the land, but isn't the bad guy. In fact, he's a doting father who loves his new daughter Aurora and invites the entire kingdom to celebrate her birth. Well, not the entire kingdom... In Maleficent, Maleficent and King Stefan have quite the sordid history. In the live-action film, King Stefan is the main antagonist, as he betrayed his friend Maleficent at a young age and caused her to become as hateful as she is in the film. Not cool, King Stef. We'll have to wait and see what kind of backstory OUAT gives King Stefan, but no matter what it entails, Roché should be great in the role. OUAT is so fitting with his past experience, I'm surprised it took him so long to appear on the show. Here's what he was up to before wearing Stefan's crown.

Roché played Mikael in The Originals, aka the strongest vampire in existence. As one of the "Original Vampires," he also appeared on The Vampire Diaries, which is a double whammy for the fantasy television world.

On Supernatural, Roché portrayed Balthazar, an angel in Heaven who went to Earth and lived a very self-indulgent life. He was sarcastic and kind of a badass angel, if I do say so myself. Another point for fantasy TV.

To keep the tradition alive, Roché was also on Fringe. He played Thomas Jerome Newton, the leader of the shape shifters on yet another fantasy TV series.

OK, so maybe General Hospital doesn't fall squarely into the genre of fantasy TV like his previous roles, but it is a kind of fantasy. While on General Hospital for 315 episodes (!!), Roché played three different characters, so at least we know his time on OUAT won't be quite so complicated.