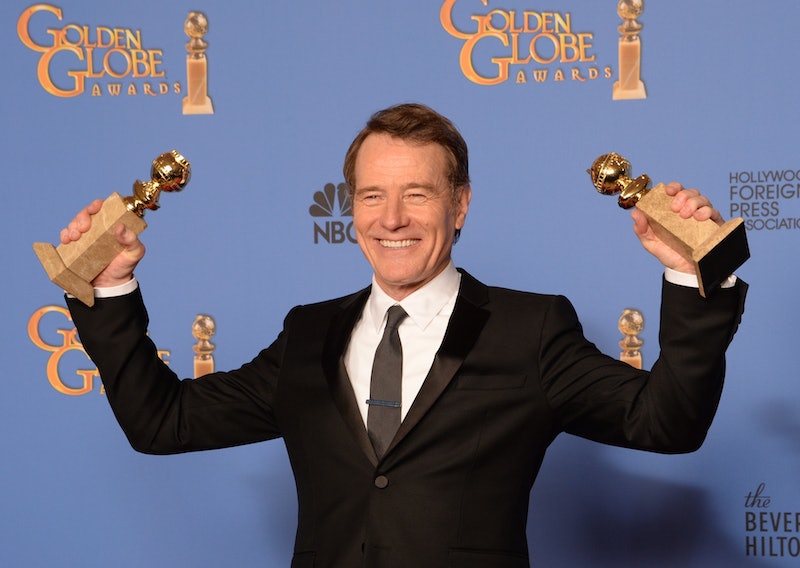 These TV fans sure know how to waste a perfectly good pizza: Breaking Bad fans are in hot water with the show's creator Vince Gilligan, and it's for perhaps the weirdest reason ever. According to Gilligan, fans of Breaking Bad are throwing pizza pies onto the roof of the Albuquerque, New Mexico house where the iconic show was shot in an attempt to recreate a scene from the series where Walter White does just that.

While some show creators may be flattered that their fans are so passionate about the series (enough to waste perfectly good food, no less!) Gilligan isn't exactly pleased: On the Better Call Saul podcast Gilligan criticized fans for their immature behavior, stating: "The lady who lives in that house — she and her husband — are the two nicest people in the world and they deserve to be treated well... There is nothing funny or original or cool about throwing pizza on this woman’s roof."

The creator has spoken, which means that all of the Breaking Bad fans who think they're just so clever for harassing this couple in the name of TV fandom can officially feel like jerks. But while tossing pizza on the roof is a terrible way to go about celebrating this TV show, there are plenty of ways to prove that you're a die-hard Breaking Bad fan that don't involve vandalize personal property. Here's how fans can show their love for the show — respectfully.

Err... maybe we should specify candy blue meth. The drug that turned Walter White into Heisenberg can be replicated with sugar. If you're hooked on rock candy, beware — this stuff goes fast.

The parody cookbook shows you how to make fun desserts based on your favorite scenes from the series. Plenty of them involve gory goods, like "lady fingers" that look like real snipped-off extremities. Nice.

Perfect your Breaking Bad costume for next Halloween.

This might be the last year for your Jesse Pinkman costume to stay relevant, so take advantage when you can.

It's hard to remember a time when Walter White wasn't a certifiable sociopath, but watching the show from the beginning will certainly bring back those fond memories. Gather Breaking Bad veterans and a few noobs to watch the series from the beginning and relive the magic all over again.

BreakingBadStore.com has a ton of tees (and one plastic barrel) for fans to show their support.

Bottom line? Everyone loves Breaking Bad, but more than that, we should all love pizza. Stop wasting those cheesy slices on a lame, unoriginal gag and do better, people.