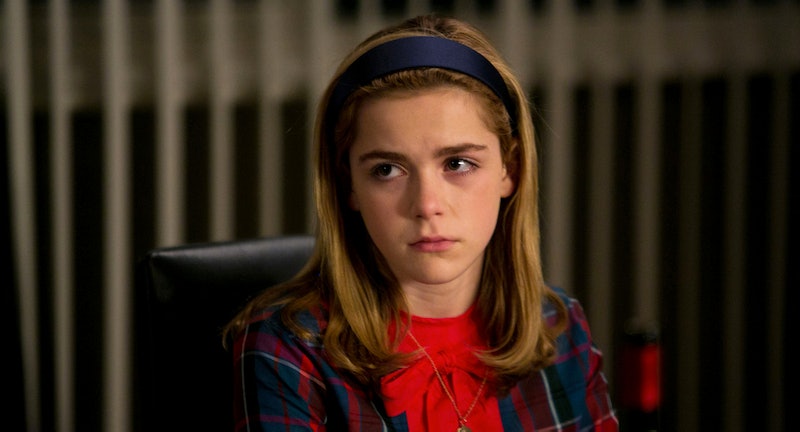 Do you ever feel your heart pang for a reality that never was? A longing for something that never existed? A mourning for a timeline that never stood a chance? An oral history of Mad Men by The Hollywood Reporter recently revealed that AMC once pushed for spinoffs of Mad Men starring Sally Draper (Kiernan Shipka) and Peggy Olsen (Elisabeth Moss). They never stood a chance: They were proposed during the notorious contract negotiations between AMC and Matthew Weiner in between Seasons 4 and 5, and it turns out Weiner is much less likely than fellow AMC showrunner Vince Gilligan to give the go-ahead for a Better Call Saul-type extension of his characters.

But lo, what could have been — the fact that that we have only 7 episodes of Mad Men left until Sally Draper disappears into the ether pains me, and the fact that we have only 7 episodes before Peggy Olson marches on into a future we will never see haunts me. I understand the purpose of it: Shows end, eras end, everything ends, everything dies, etc. etc.

But seriously, these spinoffs could have been the coolest things around. I'd go to bat in defense of the artistry of Don Draper as a character, but it's always been clear that Mad Men is populated by a number of captivating, complex characters who could easily breathe life into shows centered around their story. So, yes, I accept Weiner's decision not to keep milking the Mad Men cow long past its prime. But still, I mourn for the shows that could have been. Because I'm not ready to let go of Sally Draper just yet.

Starring Sally Draper in the '80s. She gets really into drugs, and runs a girl gang. Then she goes to rehab and writes a best-selling memoir about her life and the psychology of her parents.

Like with Dexter, but with Joan killing all the men who've ever hurt her, basically.

It would feature Pete Campbell and Bob Benson sharing an apartment. It would be like The Odd Couple, but with extra longing (Bob has terrible choice in men). The theme song would be a remix of Pete's famous "Not great, Bob" quote, a la Unbreakable Kimmy Schmidt 's remix theme song.

It is 2015. Betty Hofstadt is in her '80s, and her husband Frances died long ago. The series follows Betty as she moves into an old folk's community in Florida. Think Mean Girls for the elderly set, with Betty eventually rising to Regina George status.

Peggy dominates corporate America and becomes a legend in her own right. She and Stan live in sin for the rest of their lives.