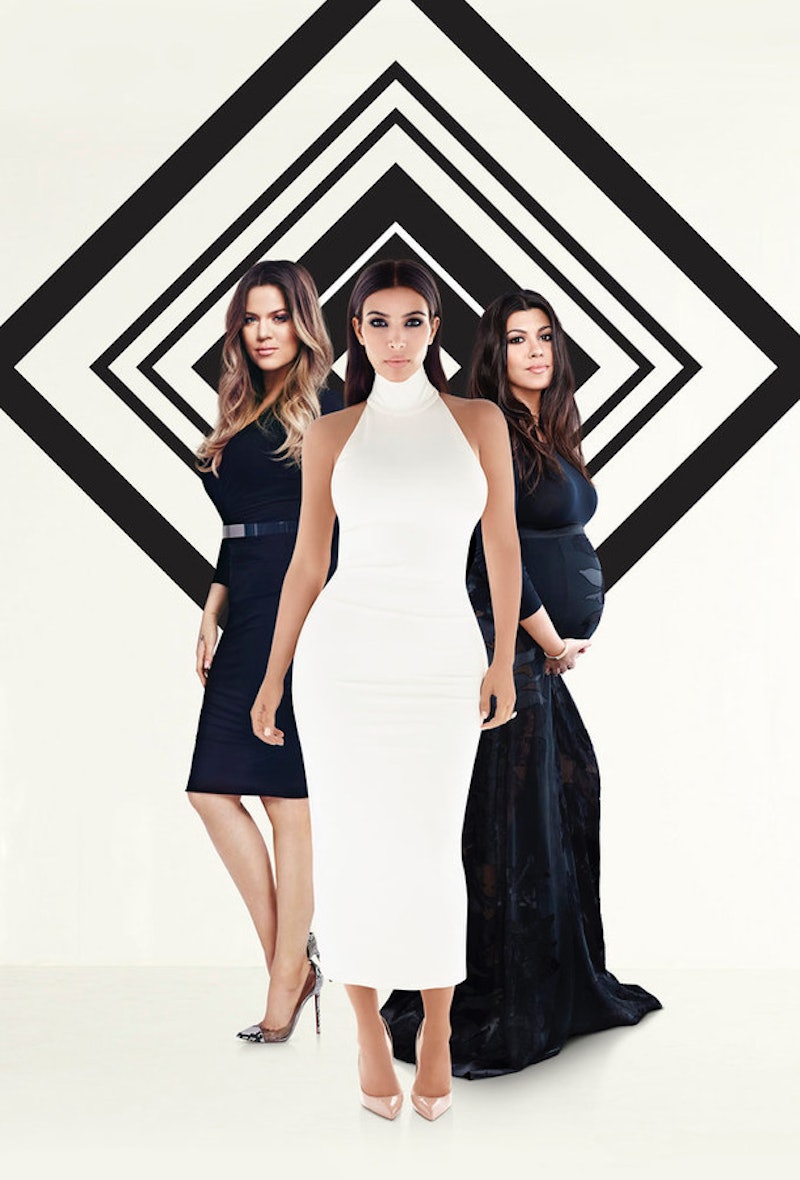 Kim Kardashian is still one of the biggest media stars in the world, raking in millions from her mobile game and sitting front row at Paris Fashion Week shows — and yet, her fans aren't making her TV show number one in the ratings. Why? Maybe because they're watching it on their computers. Don't worry, you too can watch Keeping Up With the Kardashians Season 10 online. E! will be making the show available after it airs on Sunday nights in several different formats. It will also show up On Demand if you prefer to watch on your TV but simply can't spare the time on television's busiest night.

It's kind of crazy to think that this is the tenth season of Keeping Up With the Kardashians. Though I'm not surprised that Kris Jenner has managed to convince, cajole, and threaten her family, which only seems to expand with each season. However, there are two relatively new members who will reportedly not be appearing this season: Kanye and North West. They were featured extensively in last season's wedding finale, but that won't carry over to Season 10. Whether that affects Kim's airtime remains to be seen. But you know there's way more to watch than just Kim — Kendall's a high fashion model, Kourtney has a new baby, and the rest of the family hasn't exactly been sitting around twiddling their thumbs.

But in order to find out what the Kardashian-Jenners are up to in 2015, you'll have to figure out how you want to watch. And come on, you do — or you'll miss the next great reality TV moment. Luckily, there are plenty of options.

Right now, you can watch all nine previous seasons on Hulu Plus, as a part of NBCUniversal and Hulu's deal from mid-2014 (this is the same deal that brought all the Housewives back catalogs online).

The E! Network is making their episodes available via their new app E! Now. If you have cable, but no TV, are borrowing your mom's cable password, or prefer to watch in your Kardashian-obsessed office to show how cool you are, fire this up to impress them. You can also stream the network live on E! Now, in case you want to watch it live but your roommates are busy watching other Sunday night TV.

You can also Keep Up With the Kardashians by purchasing episodes on iTunes. One HD episode costs $2.99, or you can buy the entire season for $39.99.