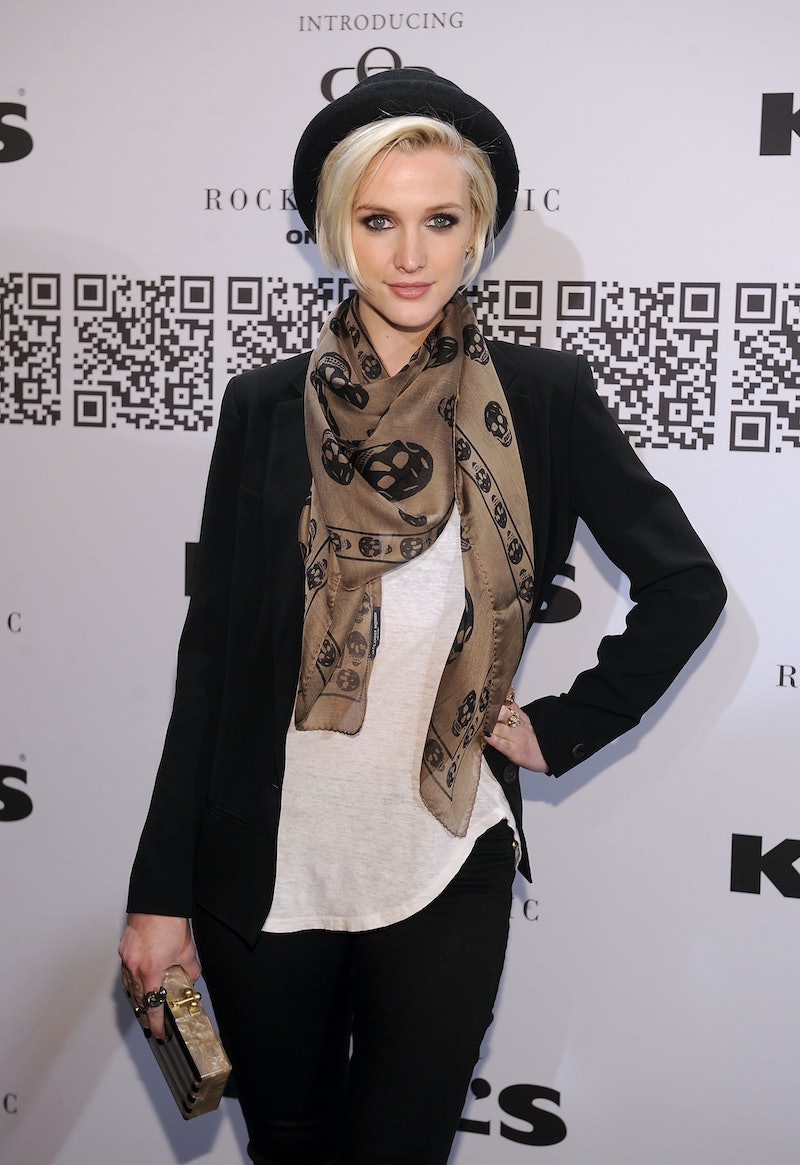 Alexander McQueen's oft-counterfeited skull scarves were the gold standard when it came to punk chic. They were definitely one of the coolest, most iconic high-fashion scarf styles of all time, right up there with Hermés and and Burberry plaid. Which is why I'm so excited that Alexander McQueen is offering a fresh take on silk scarves with a new capsule collection. It's just one of the (many) things the brand does flawlessly.

The sure-to-be-fabulous scarves will boast one of five designs culled from the house's iconic creations over the years, from the label's Armadillo heels from 2010 and the Spray Painted Dress from 1999. McQueen is manufacturing just 100 scarves per print for a total of 500. That's supremely limited edition. The price tag is also predictably steep — $595 — and the McQueen scarves are available online and at the McQueen flagship boutique in London.

Are you hyperventilating yet, McQueen fans?

The reason that the brand chose to go with silk scarves really is simple and a matter of giving the customers what they want. "Our silks remain the most popular and accessible product from the house, and we wanted everyone to be able to own a memento celebrating Savage Beauty, featuring imagery from Lee's most memorable collections," McQueen’s chief executive officer Jonathan Akeroyd told WWD.

The scarf capsule coincides with the "Savage Beauty" retrospective, which lives at the Victoria and Albert Museum and opens on Saturday, March 14.

Oh, Lee, I miss you so! McQueen committed suicide back in 2010, and his death was a great loss for the fashion community. He was, quite literally, a design genius. Those Armadillo heels (pictured above) still steal my breath. They really are works of art.

There are some my favorite McQueen looks, both runway and realway.

This feather-like dress also had me clutching my chest thanks to its beauty.

Kate Middleton is a repeat McQueen wearer, and not just because she is royalty and could be a (mc)queen herself. This gold and cream gown was one of her best looks ever, IMO.

This fluffy confection in a bright hue was so girlish, while retaining a wearable vibe.

It's probably super tough to walk in this, but it's so swan-like.

This blood red and black avian dress was origami come to life... or at least to the runway.