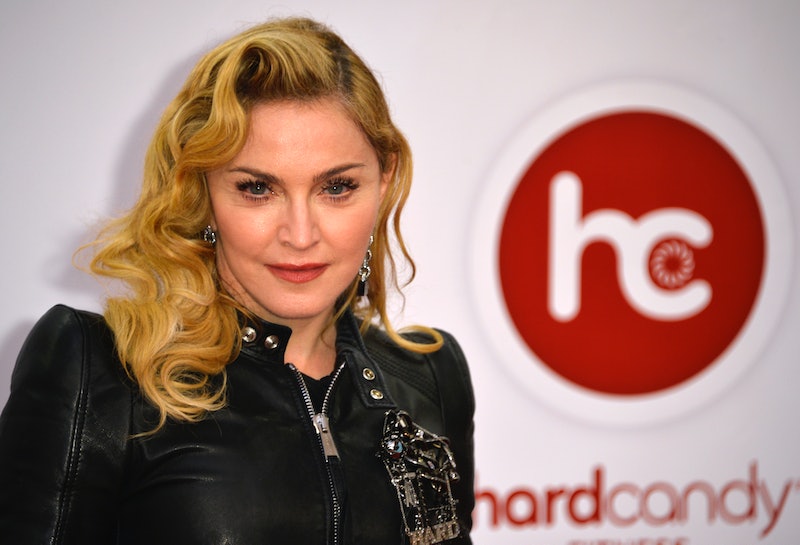 Madonna reflected again on a tragic experience from her past — being raped at age 19 when she first moved to New York City. The legendary singer first talked about the terrible incident in a 2013 interview with Harper's Bazaar when she described being dragged to the roof of a building with a knife in her back. Madonna talked more about the rape in a new interview with Howard Stern on March 11 and said that the perpetrator had given her money for a pay phone before persuading her to make a call from his home instead. When she went with him, he raped her. She also explained why she didn't report the crime after it happened. She said, "You've already been violated. It's just not worth it. It's too much humiliation."

It's always sad to hear about cases of rape and sexual assault, and this case goes to show that anyone can be a victim of this type of crime, no matter how powerful they are or how successful they become. Of course, it is worth applauding Madonna for being brave enough to open up about her story in the first place. It is not an easy thing to tell people, especially when you have a very public persona and a heightened platform and have a million people watching your every move at all times. At the same time, it is worth taking a moment to pause after her explanation for not reporting the crime when it actually happened. It's a very sad example of how victim shaming and blaming has been an issue in the past and continues to be a problem today.

Examine the words that Madonna uses to describe her feelings on reporting the crime after being raped. Words like "humiliation" and "not worth it" resonate with what many victims of sexual crimes have said about their terrible experiences. It is worth asking why some victims of intimate crime — like Madonna — feel this way. It's hard to assume that these feelings just materialized out of thin air, after all. Someone or something must have made them feel as though being a rape victim was something to be ashamed about or that it was their own fault. Or both.

One psychological theory about victim-blaming is an overarching belief in a "just world," where people believe the world is a place where good things happen to good people and bad things happen to bad people. If this theory is true, to couple these preconceived notions from society with the actual experience of being so violated must lead to unimaginable pain for the individual victim.

It's sadly not surprising that it took so long for Madonna to open up about the crime. According to RAINN, 68 percent of sexual assaults go unreported to the police. To talk about being a victim of such a terrible offense was considered taboo by many back when it happened. And unfortunately, it is still taboo today. The sad state of society's view of rape and assault victims is even sadder considering victims' views of themselves afterward.

But it cannot be emphasized enough that a crime like this is never the victim's fault. It doesn't matter how trusting they are of their perpetrator. It doesn't matter if they follow their perpetrator to an undisclosed location. It doesn't even matter if the victim was walking stark naked alone in an alley. People shouldn't rape. Period. The end. And it also cannot be emphasized enough that it is worth it to report the crime if at all possible to try to bring the person to justice. After all, they are the ones who are at fault. And it's high time society fully recognized that.